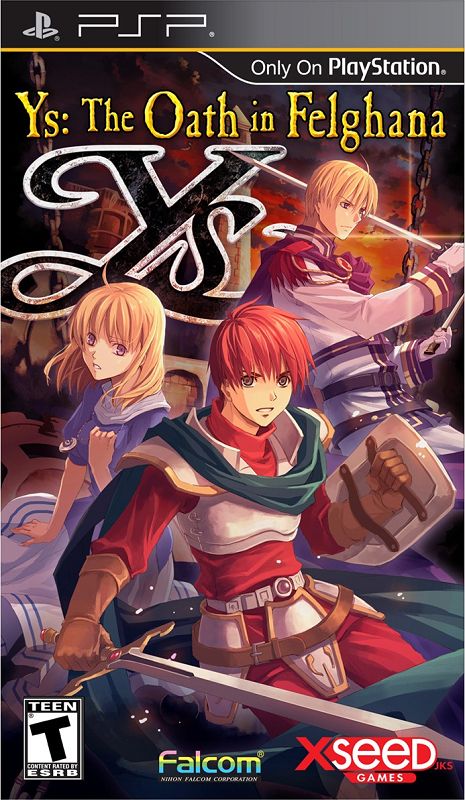 Ys: The Oath in Felghana is a re-imagined remake celebrating the 20th anniversary of the classic third game from the long-running Ys series, Ys III: Wanderers From Ys. Its rebirth on PSP includes a complete graphical overhaul, fully revamped gameplay, intense 3D action, and additional story elements culminating with full voice-overs during story sequences. Other additional features include a rearranged soundtrack, adjustable difficulty levels, and an art gallery, all ensuring that this beautifully re-imagined classic can be enjoyed equally by Wanderers veterans and series newcomers alike.