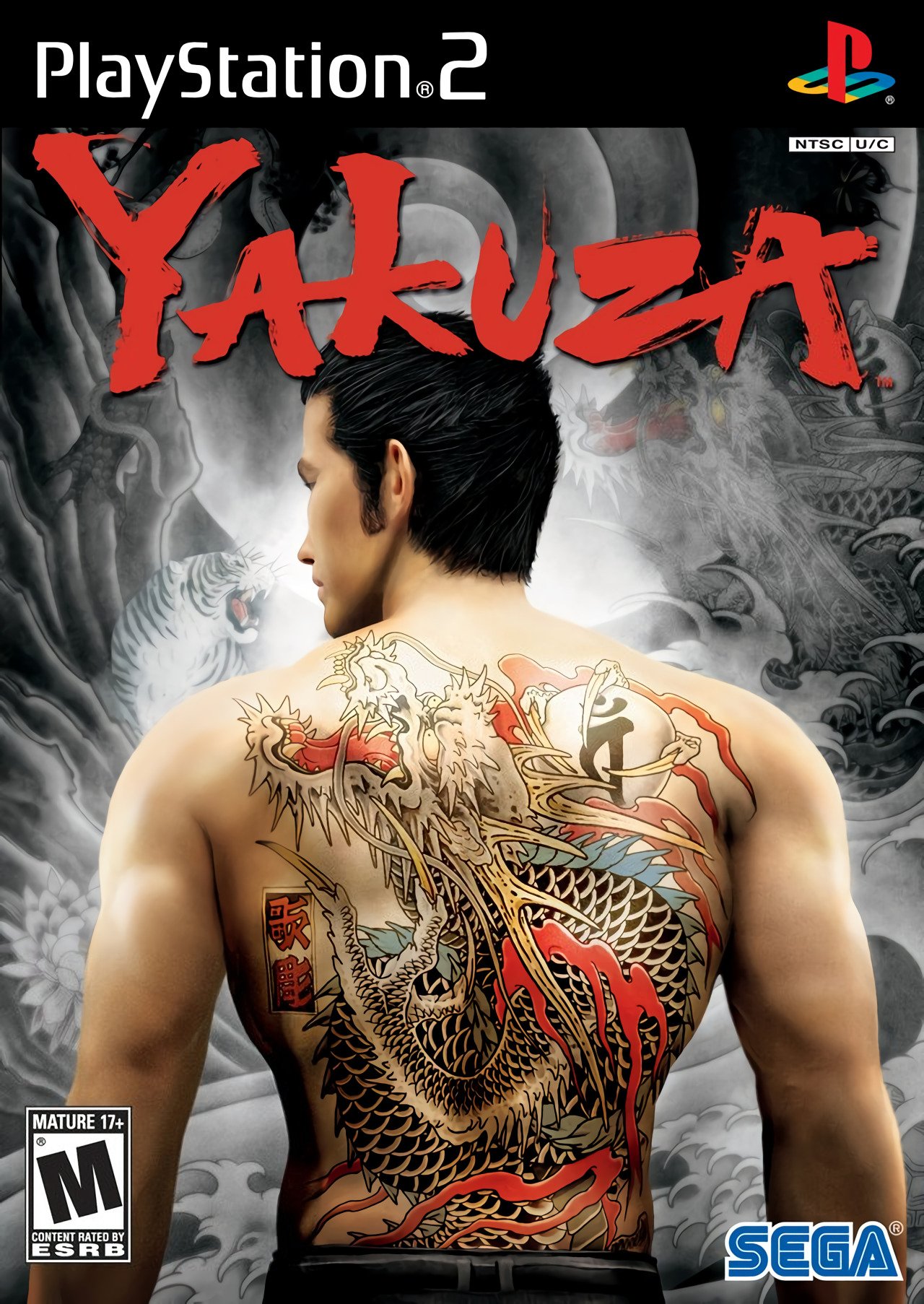 Kiryu Kazuma was brought up in the Sunflower Orphanage, and has been protected since his childhood by a lieutenant of the Dojima Family, affiliated with the Tokyo-based Tojo Clan of the Japanese organized crime syndicate, the yakuza. His back covered with a tattoo of a dragon, Kazuma soon becomes a prominent member of the Dojima Family - until he takes the blame for the murder of its leader in order to protect his best friend, and is sent to prison.

Ten years later, Kazuma returns to his home town Kamurocho. He finds out that Yumi Sawamura, a young woman he grew up with in the orphanage, has disappeared. Ten billion yen has been stolen from the Tojo Clan, and various yakuza groups are searching for the money everywhere. Against his will, Kazuma becomes involved again in the struggles and intrigues of the yakuza world.

Yakuza is a hybrid game that contains elements of free-roaming exploration, hand-to-hand fighting, and role-playing. In the exploration mode, Kazuma explores the Kamurocho district on foot. The game's structure is mission-based: the player can, for the most part, explore the town, entering some of the buildings, shopping, or participating in various mini-games, such as UFO catcher, batting cage, slot machines, blackjack, and others. Beside plot-advancing missions, the game also features side quests, which can be triggered by interacting with some of the characters roaming the town.

Hostile yakuza will often approach Kazuma on the city streets or during the missions, which leads to combat sequences. The battles take place on separate screens; Kazuma must eliminate all of his enemies to achieve victory. Though guns can be used by Kazuma or his opponents, the vast majority of the fights involve melee combat. Kazuma can fight bare-handed, and is able to execute a variety of moves - punches, kicks, grabbing, throwing, and combinations thereof. In addition, the player can interact with many objects seen on the battle screen and use them as weapons. These include standard weapons such as baseball bats, but also more exotics items, e.g. chairs, umbrellas, neon signs (which electrify enemies), and even larger objects such as bicycles. Weapons usually break after a few uses, but Kazuma can also disarm opponents and take possession of the weapons they are using.

Role-playing element is present in the game's economy (money is gained after fights and can be spent on food, drinks, healing items, weapons, gifts, etc.) and in the character growth system. Kazuma receives experience points and levels up following the battles. The player is able to distribute ability points when leveling up, increasing Kazuma's health, heat gauge (special power meter), and unlocking new moves.