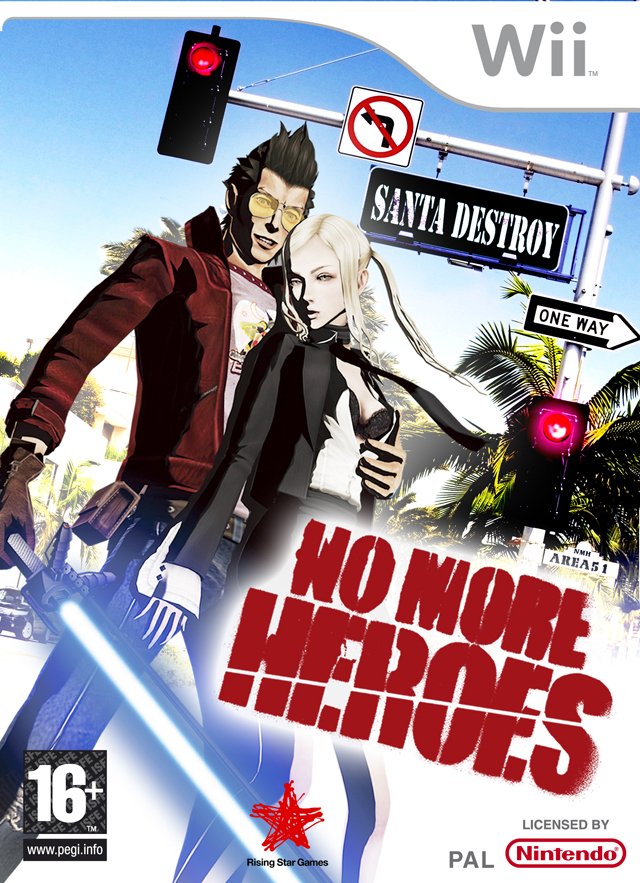 The game is set in a free roaming world with open-ended gameplay. The main goal is to kill the other ten main assassins to progress the storyline, but there are numerous sidequests to earn money and additional weapons. Travis's main weapon is the katana, controlled through the Wii remote while the nunchuk is used for movement. Most attacks are performed using the A-button, while the position of the remote determines how high the katana is held. Others only become available by following on-screen instructions, leading to sword lock breaks and finishing moves. He also has a number of typical wrestling in close combat. There is a targeting system through the Z-button, B leads to a stun move and holding A and B together offers charged attacks.

During the journey, Travis is assisted by Doctor Naomi, a weapons maker, and Thunder Ryu who owns a gym where Travis can boast his statistics based on speed, combos and health. He moves around on foot or on his motorcycle Schpel Tiger. The visual style is similar to the grasshopper's previous game Killer7 with cel-shaded graphics. The game does not take itself serious and the over-the-top combat and animations offer a tongue-in-cheek counterweight for the graphical violence.