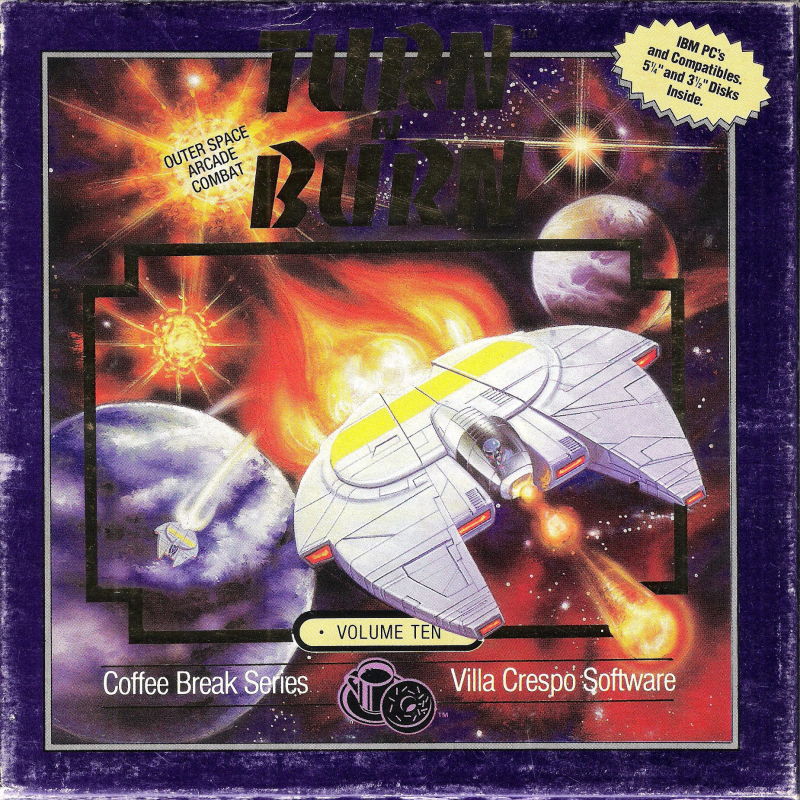 By RomStation : January 3, 2020
Turn n' Burn is a simple space shooter. The player moves over the one-screen levels and shoots everything which moves. After all enemy formations (either a snake formation out of smiley faces or alien ships moving downwards) are killed, the next level is reached. Collecting power ups which are left behind by dead hostiles reward certain advantages, e.g. a shield. If the screen is left from one side, the ship appears at the opposite side of the screen.