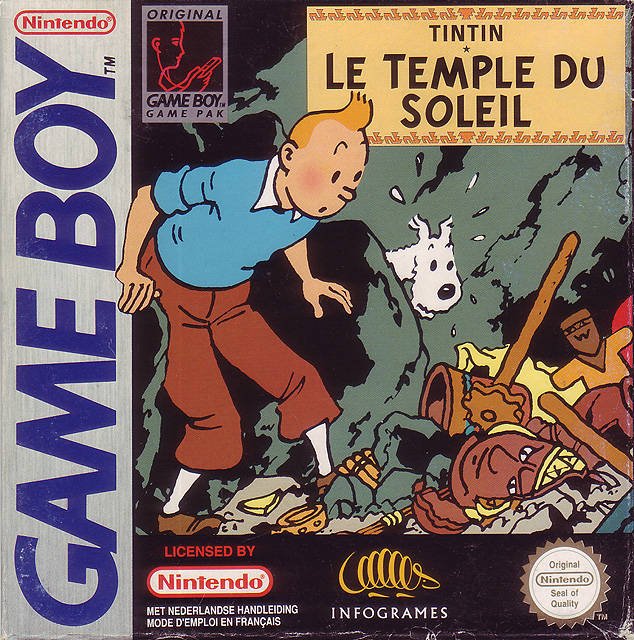 By Tanuki78 : October 5
Tintin: Le Temple du Soleil is the handheld version of The Adventures of Tintin: Prisoners of the Sun. While the levels are clearly based on the original SNES version, there are various differences in level design, length and difficulty of some levels. There are also three missing levels: "The Swim", "The Coach" and "The Jungle". The Game Boy and Game Boy Colour version are the same, except a few switched obstacles and the passwords, which are not available for every single level, are for rewarded after different levels.

The story and gameplay remains the same: Tintin has to rescue the kidnapped professor Cuthbert Calculus; a quest which leads him to various locations over the world. Most levels are basic platforming in which the player has to progress from the starting to the end point while avoiding obstacles by dodging; attacking is out of the question. The action takes place both on the foreground and the background and Tintin can and has to switch between the two plains at any time. Other than that, there are also two 3D levels where the player automatically moves and has to dodge obstacles and a few basic puzzles to solve.