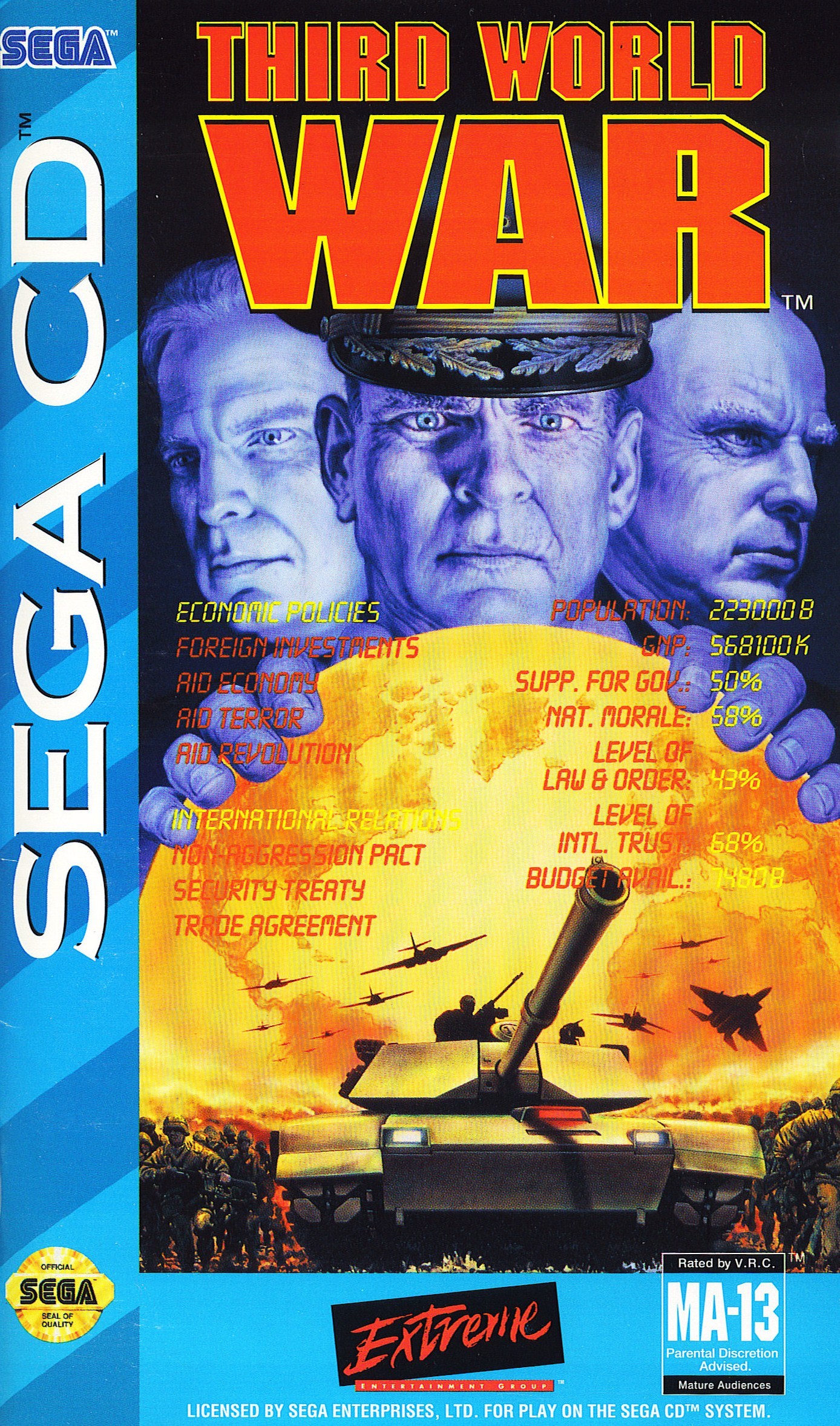 By Kuppa : May 10, 2019
The moment all of humanity has dreaded has arrived: you and your nation stand on the edge of total global conflict. The decisions that will determine the fate of your country and the world rest in your hands. If you succeed, the world will be at your feet; failure is too disastrous to contemplate. This is the intense and nerve-fraying action of THIRD WORLD WAR, a game of high-stakes international brinkmanship, economic power plays, and gunboat diplomacy. As the leader of one of 16 nations, you must develop your economy and military in a bid for world domination among other countries bent on the same goal. You'll have to adapt and alter your strategy based on realistic and ever-changing world events, and carefully plot each move on nearly 85 interactive scenario maps. It's an international strategic challenge that isn't for the weak-kneed or faint of heart!
Game files
Third World War 2019/05/10 50.88MB