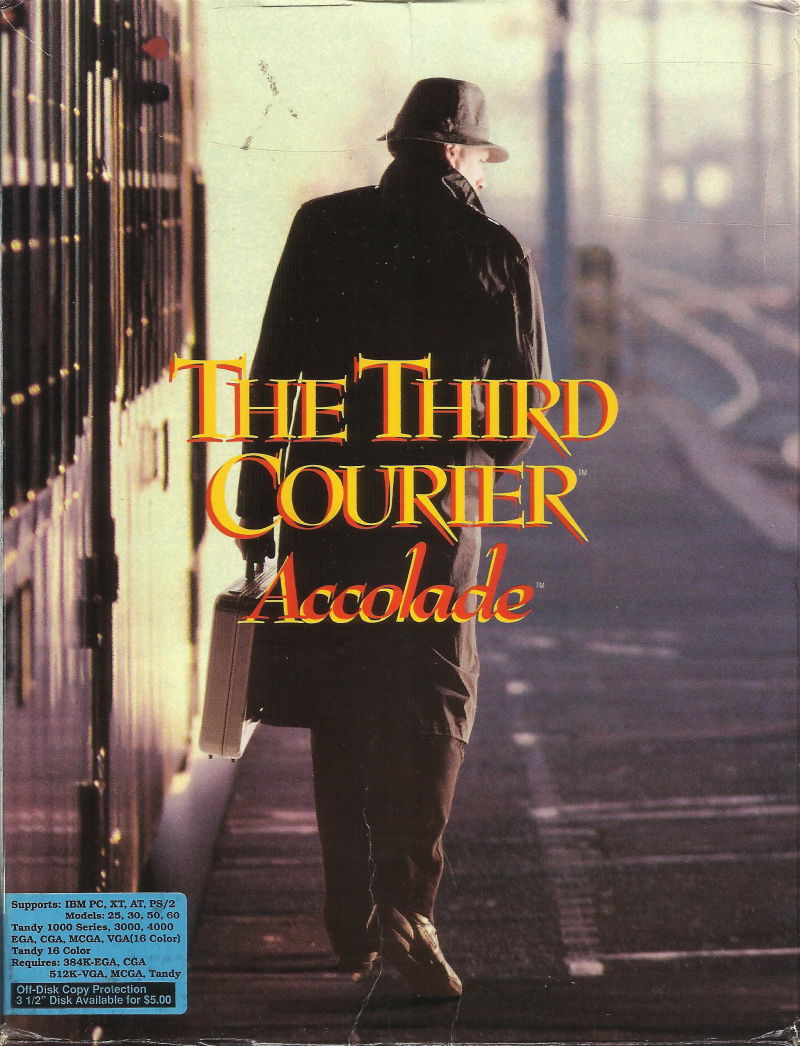 By RomStation : January 3, 2020
The Third Courier is set in the era of the 'cold war', and the action takes place in Germany. The player is an American spy, and his mission is to recover stolen NATO defense plans.

You start off in your apartment, which contains a computer, bugging equipment and an answerphone, as well as useful items such as money and a passport. A compass on screen is used to move around, with symbols appearing on the left and right of the status screen to indicate when something important is to the west or east of you.

You will have to explore the city streets, with the aid of taxis and the Autobahn. Talk to important people and buy key objects, and then sneak around spying on anyone who seems suspicious. Encounters with enemy agents, muggers and tramps can turn violent; when they do, use your gun quickly to ensure they are shot first.