The Dame Was Loaded 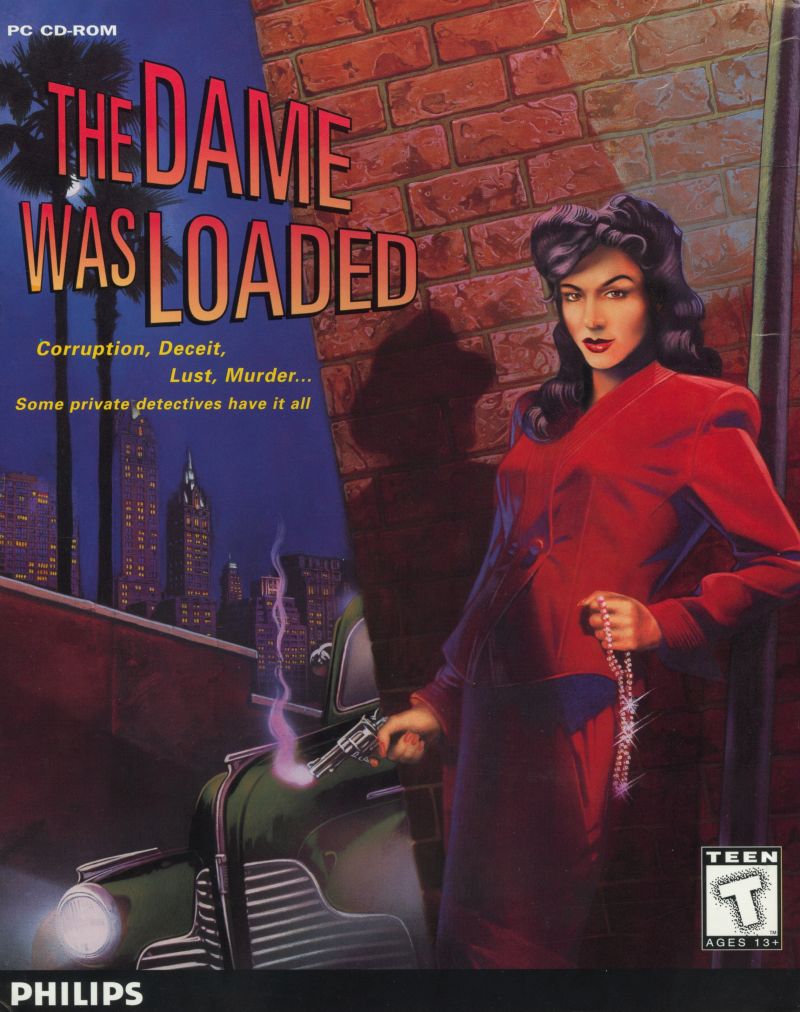 By RomStation : January 3, 2020
The Dame Was Loaded is a detective mystery adventure game reminiscent of private eye movies of the 1940's. The player controls detective Scott Anger, a Sam Spade type of character, who is hired by a mysterious woman to find her missing brother, Dan. What at first appears to be just another missing persons case, Anger's investigation soon reveals that Dan was somehow involved in some much larger crimes including several murders and a bank robbery.

The game is somewhat similar in style to Tex Murphy games, requiring the player to use sleuthing skills to interact with characters (represented by live actors) and solve puzzles. As opposed to Tex Murphy games, The Dame Was Loaded features pre-rendered backgrounds instead of real 3D graphics and navigation.