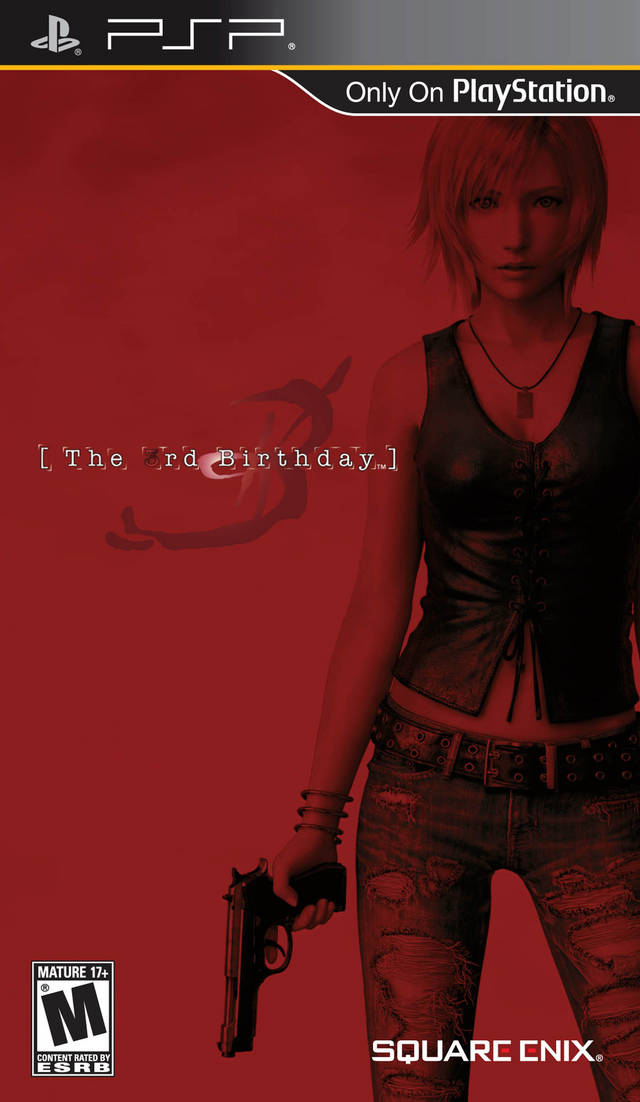 The 3rd Birthday is a third-person role-playing shooter. The player controls series protagonist Aya Brea through rendered-to-scale environments in from a third person perspective. The game plays out as a series of missions, between which Aya rests at the Counter Twisted Investigation headquarters, which acts as the game's main hub. In the hub, Aya can receive briefings for missions, view additional documents, buy and customize new weapons. She also has the option to transport back there should she die during a mission. The game can be saved both at the hub and in safe zones within missions. At the end of each mission, Aya is given a grade based on performance, enemies killed, and the number of times she died. Depending on her score, she will earn differing amounts of Bounty Points, a currency used to customize weapons and repair protective gear in the hub area.

During missions, players navigate a series of linear linked areas fighting off multiple enemies. Items can be picked up during missions, such as grenades and medical kits. Aya has access to multiple guns for use in combat, including handguns, assault rifles and shotguns. By holding down a button on the controller, Aya automatically aims at an enemy and can fire at will. Taking cover behind objects or shields, or standing idle outside of battle, allows Aya to regenerate health. While in combat, an energy meter is charged and can be activated when full. When activated, Aya entered "Liberation Mode", a state enabling her to move around the battlefield at high speed for a short period of time.

In most battle situations, Aya is accompanied by a group of allied NPC (non-playable character) soldiers that the player can direct around the battle area. Available commands include offering supporting fire, directly attacking enemies, or staying behind cover. They can also all fire at the same enemy in certain situations, dealing high damage. Each NPC has a separate health meter, and is permanently removed from battle upon defeat. Central to combat is Overdive, an ability which enables Aya to transmit herself between bodies. If her health is low, Aya can transport into the body of an allied NPC, taking on their health level, position and current weapon in the process. NPCs not controlled by Aya are controlled by the game's AI. Aya can remain in a body for the duration of a level, or until the unit has died. If Aya cannot jump to another body, she dies and the level must either be restarted or exited. Overdive can be activated at any time, enabling Aya to transport around the battlefield to avoid enemy attacks or save herself when her current unit's health is low. Overdive can also be used to attack enemies if Aya maintains a sustained assault. After a time, a triangle icon appears on enemies, allowing her to perform an Overdive attack, dealing high damage to the targeted enemy.