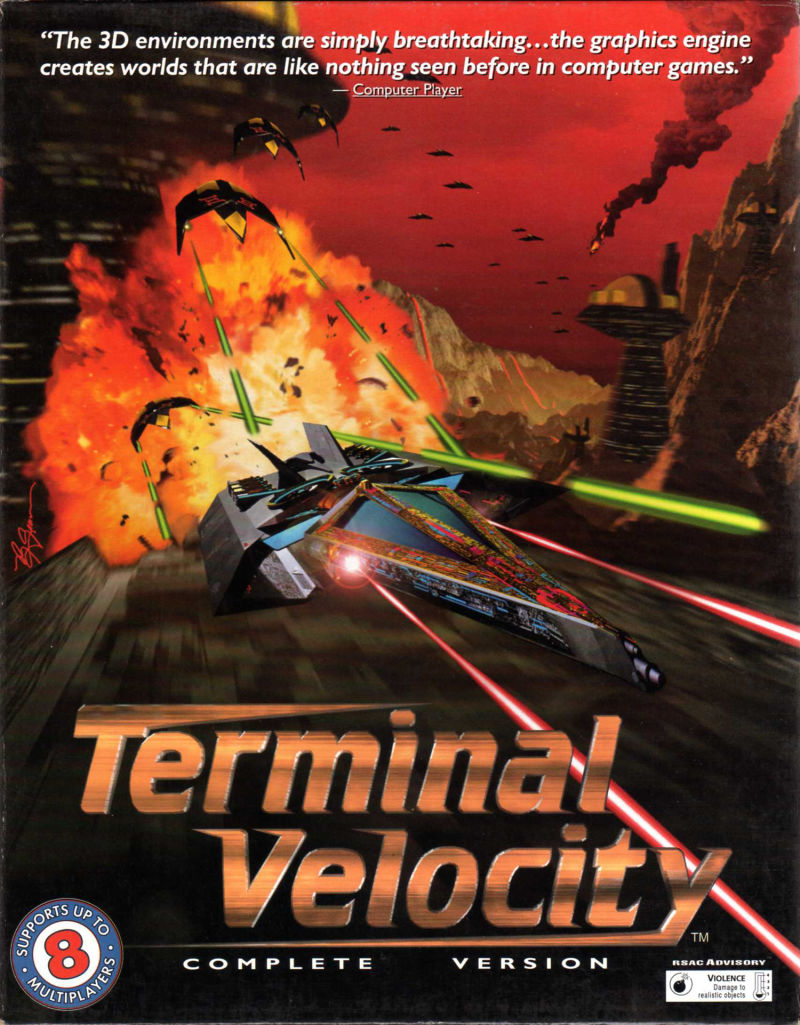 By RomStation : January 3
Terminal Velocity is a first-person flight simulator sometimes compared to Descent due to its free-roaming nature. Players take control of the TV-202, a fighter notable for its ability to fly in 720 degrees of direction, ignoring gravity and providing constant thrust. While flying to different planets, the TV-202 is able to speed up and slow down, but will never come to a complete halt. The majority of the game takes place in the air (and sometimes space), flying above landscapes which include trees, mountains, rivers, snow and other terrain. Additionally, tunnels can be found, often hidden, dug into the sides of landscape. Upon entering these tunnels, the TV-202 loses its ability to turn around (going ahead constantly) and must navigate avoiding enemies, moving walls, rotating obstacles and other hazards. Power-ups are found by destroying enemy forces or destroying enemy bunkers which are scattered around each level.