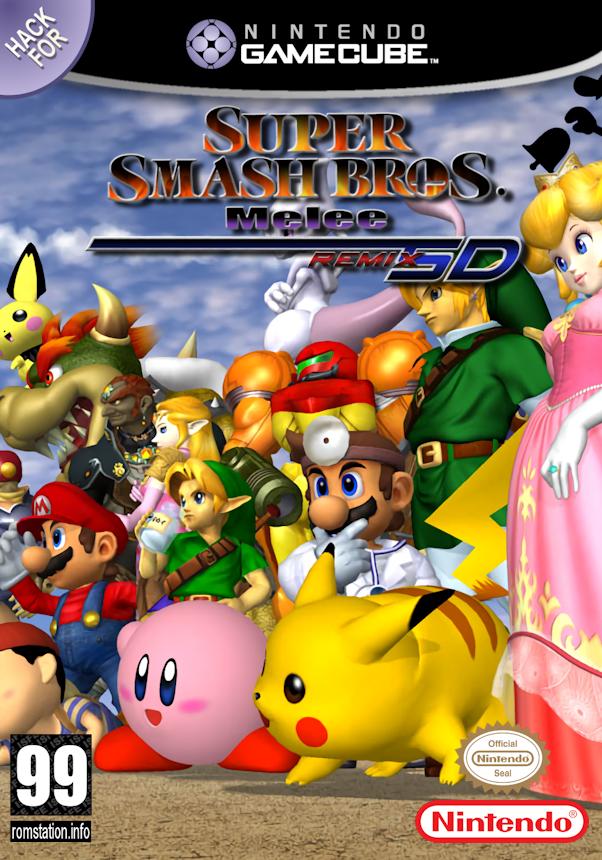 Melee: SD Remix is a gameplay mod of Super Smash Bros. Melee to make it more balanced. The top tier characters Fox, Falco, Sheik, Marth, Jigglypuff, and Peach were unchanged, while all other characters were given a somewhat large number of buffs and an extremely small number of nerfs. The remaining characters were modified according to three principles: to emphasize existing character strengths, to increase mobility, and to uphold a character's "style".

SD Remix's competitive recognition has not expanded too far, but it is the most popular mod of Melee at the moment to introduce changes to characters.