Samurai Dou 2: Way of the Samurai 2 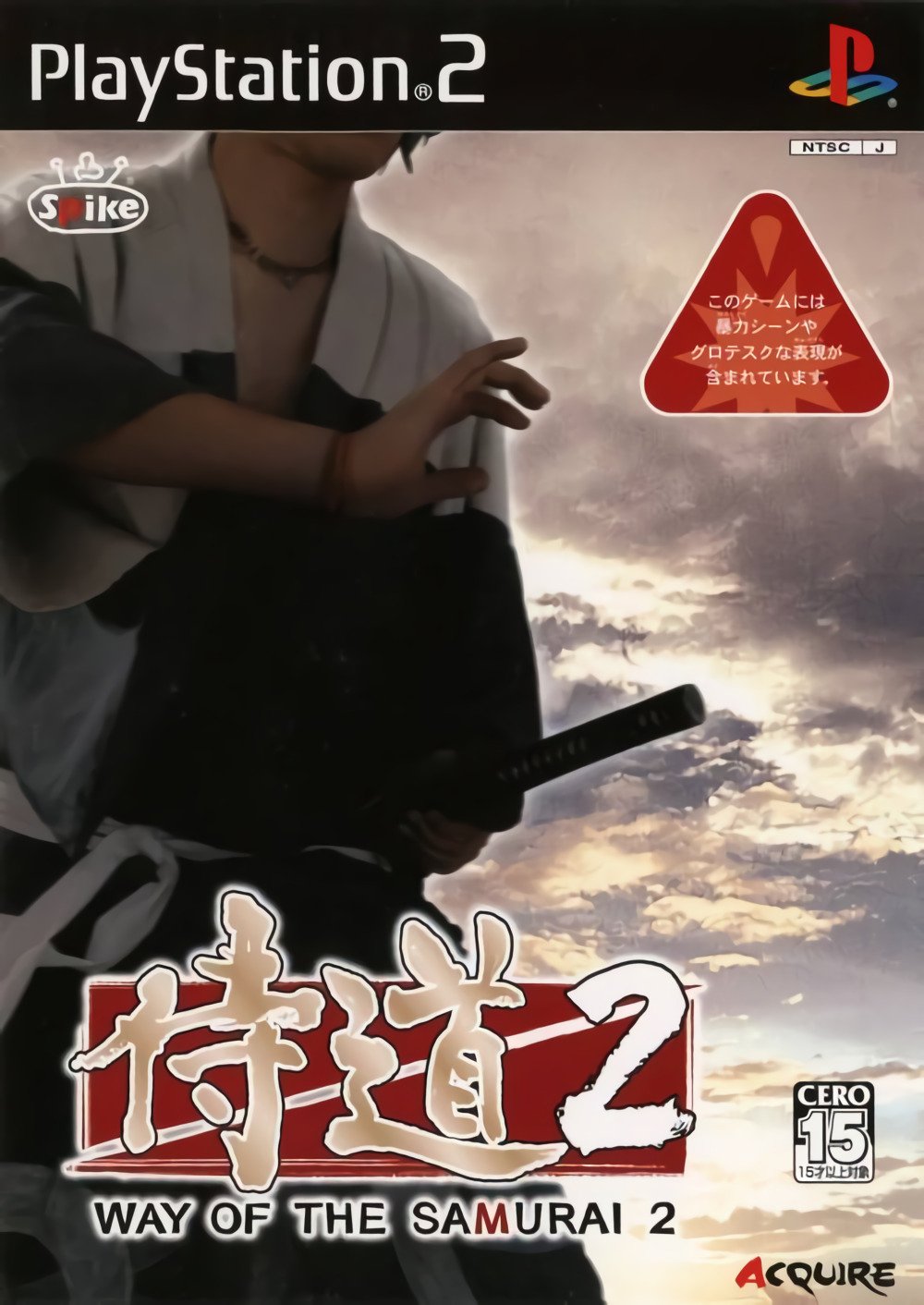 By Anonymous0 : December 28, 2020
Acquire's second Way of the Samurai game is designed to offer the authentic settings, deep sword-fighting system, and cause-and-effect role-playing found in the original, while boosting the graphics and enhancing the interface. Characters can obtain as many as 60 different swords and, with the proper equipment and practice, perform more than 100 different special moves. Also as in the original, the hero must choose his own path through the plot lines, and the decisions he makes can drastically affect the outcome of the story.

The adventure begins as the player's lone samurai warrior comes upon a small, remote village mired in the midst of large, internal dispute. The traditional village leaders favor fealty to feudalistic powers that are becoming prominent throughout the land, while a group of outlaw rebels, known as the Aoto, vehemently oppose acquiescence to the regional authority. As the main character and hero of the story, the player must bring resolution to this conflict, and peace to the town, in whatever Way he deems best.

There is a realistic day and night cycle and various strategical elements. You can talk to various characters, accept tasks and shop for new items. Decisions influence the relationships with the different groups. There are 60 swords, hammers and clubs to choose from, and you have to keep a variable quality and durability level in mind. You can perform both offensive and defensive moves, and even perform special actions. Swords can be enhanced or upgraded in stores, according to your fighting style.