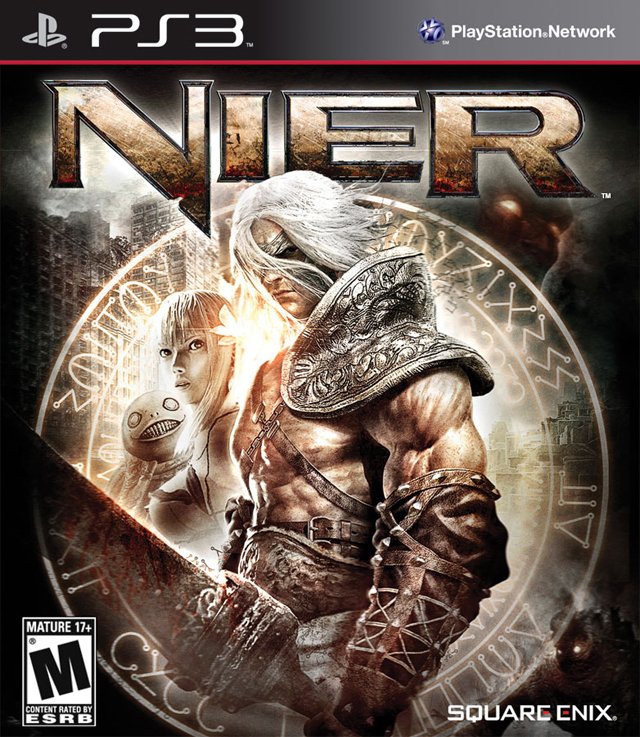 NieR is an action RPG with a touch of Japanese influenced gameplay. The story takes place around 1,000 years ahead of our time in a mysterious world, where the earth as we know it, no longer exists. Nier is also the name of the main character who is seeking for a cure for his dying daughter. Nier is accompanied by a talking book named Grimoire Weiss, also used to shoot projectiles at enemies. Progressing through the game yields new powers and different weapons.

Main and side quests lead the party to various battles, controlled in a hack-and-slash manner using melee and ranged weapons as well as magic spells. Weapons can be upgraded and specialized to deal improved damage against certain enemies. The camera can be controlled throughout most parts of the game. The view switches to isometric or 2D-side scrolling at some locations.

The Japanese version of the game comes in two editions: NieR RepliCant​ (PS3) and NieR Gestalt (Xbox 360). The major differences involve Nier's appearance and his relationship to the character Yonah. All other international releases are based on NieR Gestalt, regardless of the platform.

DLC:
- The World of Recycled Vessel