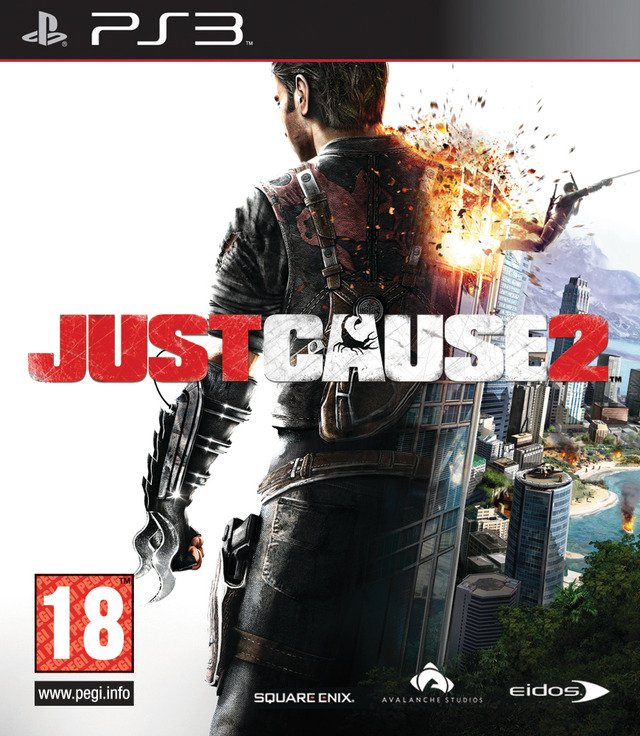 Rico Rodriguez is back! After liberating the small Island of San Esperito, the CIA-agent is on his way to the island paradise Panau to find a former colleague: Agent Tom Sheldon. During an undercover-investigation, he vanishes and with him two million dollars. Money, the Agency desperately wants back, especially as they believe that Tom changed sides. So Rico has to infiltrate the criminal organisations of Panau as Scorpio to flush out Tom Sheldon and bring him to justice while plunging the country into chaos - but that's more of a bonus than a real objective...

Like its predecessor Just Cause, the game drops the player on a huge island. From the start, the whole island is open to be explored by the player in a third-person-shooter-fashion either on foot, by using several dozen different cars or even by using heavily armed helicopters and fast planes. The player is totally free to do what he wants, although that mostly breaks down to wreaking havoc and causing chaos by destroying statues, fuel tanks and other military-owned stuff. This way the player earns points which in turn progresses the story, unlocks missions and gives him access to additional stuff from the black market. In addition all over the island crates are hidden containing both money and upgrade parts. Once the black market helicopter has been called via a beacon, the player can order weapons, vehicles and even request a transfer to another location on the island for free. Weapons and vehicles on the other hand cost money and are dropped right on the spot where Rico called. They can also be improved using the upgrade parts the player collected.

In addition to his weapons, Rico's two most useful tools are his parachute and his grappling hook. The parachute can be activated at almost anytime, even if the player is driving at high speed along the road, and is very useful to make combo-stunts. And this is where the grappling hook comes in: with it, the player can either pull enemies towards him, or pull himself towards a target - which can either be a house two streets away, or a moving car. The latter allows for example high-speed carjacks which in some cases result in one of the two types of simple Quick-Time-Events in the game. The other type pops up when Rico tries to unlock a gate or disarm a bomb or such. Although the grappling hock was already featured in the first game, this time around it's a dual-hook. If the player has hit something with his hook, he can put the other end on another object - again no matter if it's a solid or moving object or a random human who had the bad luck of being nearby. This allows the player for example to hook a car to a helicopter, fly over an enemy base and drop the car onto the poor soldiers.

To keep the action focused even outside the main storyline, challenges like checkpoint-races and optional missions are scattered around the map and each settlement on the island can be cleared 100% by destroying all worthy targets and collecting all crates in the vicinity.