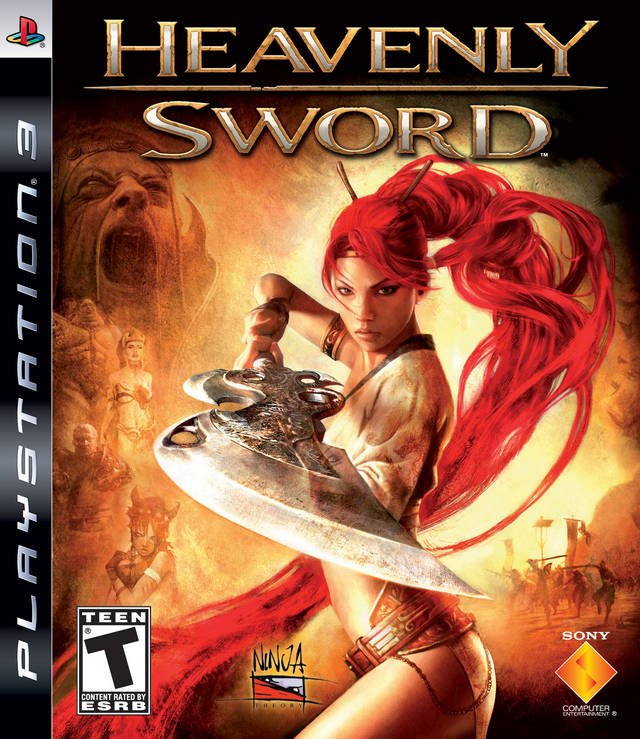 Nariko is a young woman whose clan has sworn to protect a legendary hero's weapon (called the Heavenly Sword) from those who would use its power for evil. When the ambitious enemy king Bohan threatens the clan, the Heavenly Sword falls into Nariko's hands. She has to wield it to protect her people, but also has to bear its curse, as it drains the life force of those who use it.

Heavenly Sword is a third-person action game with a focus on melee combat similar to the God of War series. In most of the game, Nariko engages the enemy using the Heavenly Sword to execute spectacular feats of martial arts and swordsmanship. The Heavenly Sword can be used in three different fighting stances: Speed Stance for quick hack-and-slash attacks, Range Stance for attacking enemies at a distance, and Power Stance for slow, powerful attacks. During certain sequences Quick Time Events need to be completed as well. Players will also take control of Nariko's adopted sister, a cat-like girl named Kai, whose crossbow can be used as a long-range sniper weapon. In this and other sequences (such as holding off a huge enemy army with a giant cannon), the player can use the SIXAXIS motion sensor to apply aftertouch to the projectiles, guiding them to their targets in slow motion.

Fighting enemies relies often on counter attacks. Nariko has access to a large amount of combos for each stance, but only a few of them can break guard. Attacks of stronger enemies highlight them in a colour and Nariko has to block, done automatically by not attacking, by choosing the correct stance. Blue is blocked with Speed, yellow with Power and red attacks are unblockable. The latter are avoided by evading using the right analog stick. Most of the new combos are unlocked by collecting glyphs. These are stored in pots throughout levels and also refill health, but many are awarded based on the player's performance. At the end of every section, up to three glyph symbols can be earned, by not getting hit or countering a lot of attacks. Nariko also has a number of counter moves that need to be executed at a precise moment, and for each consecutive hit a bar at the bottom is filled up. This is used to execute Superstyles, a brutal attack from up close.