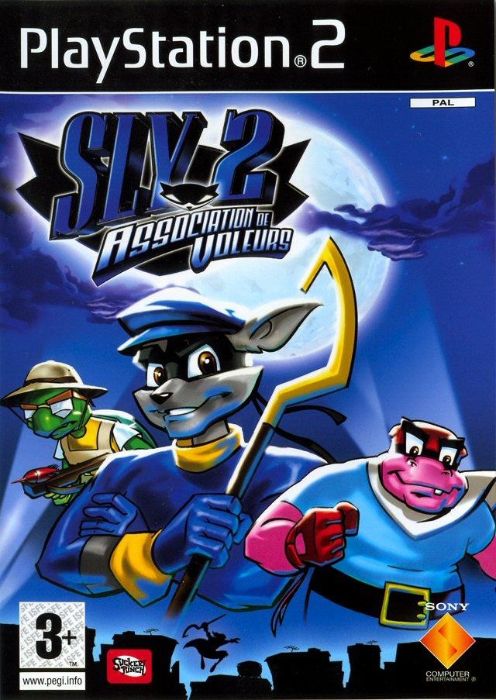 Thief and raccoon Sly Cooper returns in a new cel-shaded platforming adventure wherein he forms a band of thieves with Bentley the turtle and Murray the purple, hippo-like creature, which each have their own role within the game.

Sly is the fastest, most agile member of the band of thieves and still is the character you play with the most. But certain missions require the special abilities of Bentley, who is smart and can drop bombs, as well shoot enemies from a distance. Other missions require the muscles of Murray, who can lift nearly everything, including enemies.

The main goal of the game is the retrieval of a number of clockwork pieces from different locations around the world. Each theft has to be prepared with a number of sub-missions which have to be completed before the 'real thing' can begin.