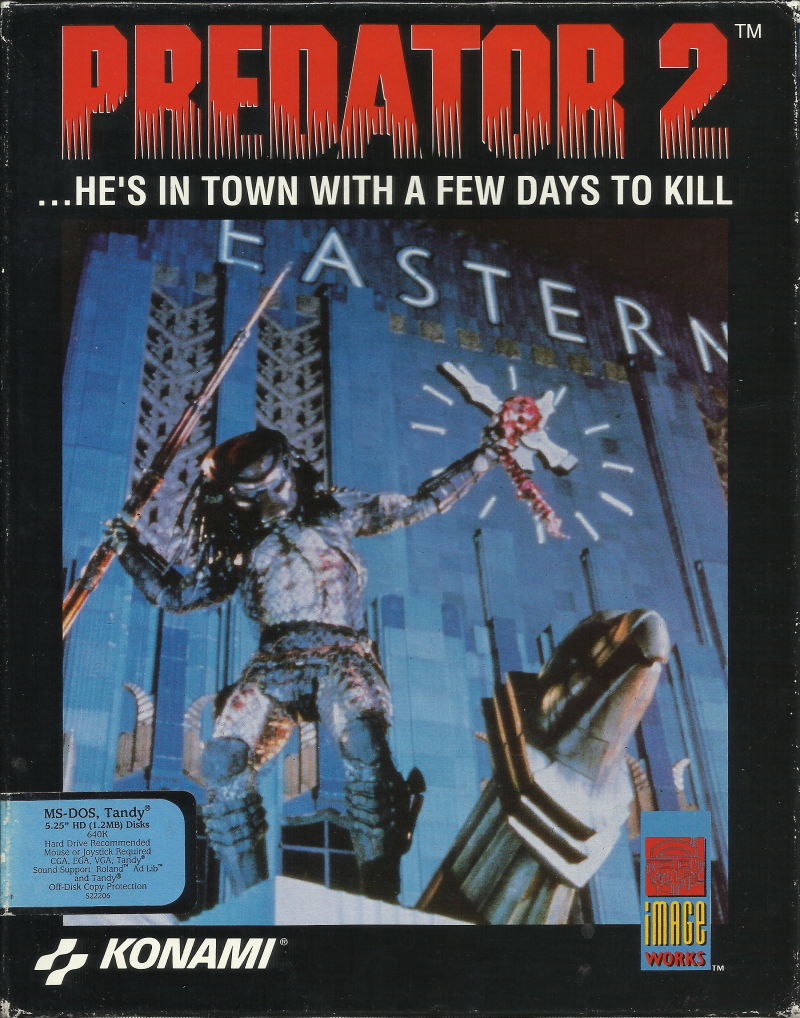 By RomStation : January 3
Los Angeles Lieutenant Mike Harrington is used to dealing with a drug war between Spanish and Jamaican drug gangs, but how he's caught up in the city's worst nightmare! The fearsome Predator species of alien has arrived, out to wreak serious destruction. It is your job to stop it.The game is a crosshair shooter influenced by Operation Wolf. The viewpoint is from slightly behind Harrington, while the game scrolls on as you clear each section. Mouse control is offered on 16-bit versions. Your armour must be kept functional by collecting top-ups, and there are weapon power-ups such as machine guns and rocket launchers to be had. You can't go in all-guns-blazing however, as killing a single innocent causes Harrington to lose his job