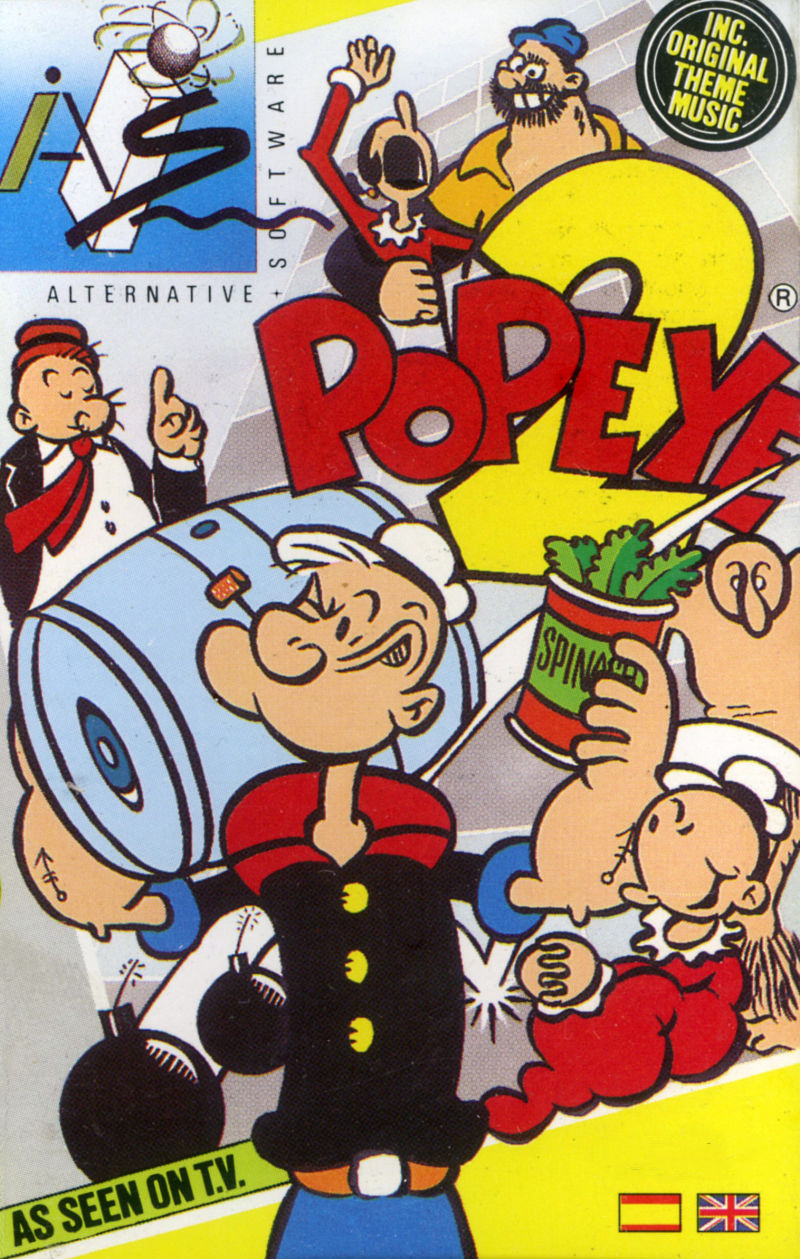 By RomStation : January 3
Strange happenings are afoot once again in Sweethaven and only Popeye can make it right. In Popeye 2, our spinach lovin' hero must once again rescue Olive Oyl and make mincemeat of Bluto while looking after Swee'Pea, feeding Wimpy and keeping an eye on Jeep. Popeye has four different levels to traverse through. His initial adventure takes him to a construction site where bouncing springs, falling girders and open welding flames impede his progress. Rolling barrels, and bombs which must be touched to be put out also stand to cause harm. In every level scattered hamburgers must be collected in order for Popeye to get past Wimpy who is often hanging out somewhere near the top of every vertically scrolling platform level. There are also feats of strength that Popeye must perform by beating up a punching robot-type thing with the aid of Spinach. Once past all these obstacles Popeye can move on to the next level. The second level takes Popeye into the urban jungle where he must climb the side of the Biff Spinach building and avoid the same obstacles as in the previous levels. In the third level falling girders are replaced with giant bananas as Popeye finds himself in a jungle. Coconut throwing monkeys hang from ledges and snoozing tigers and snakes decorate the trees. The fourth and final level of the game finds Popeye climbing the masts of the S.S. Trev and the S.S. Andy as he makes his way to a final confrontation with Bluto and rescue Olive Oyl. Popeye is able to jump around and occasionally when the situation calls for it punch his way through this vertical platformer. Bonus points are rewarded for finding Swee'Pea and Jeep. He can take multiple hits before he takes a curtain call but thankfully is unharmed by long drops. The player should beware as Popeye has only one life to get through the four levels of this adventure.