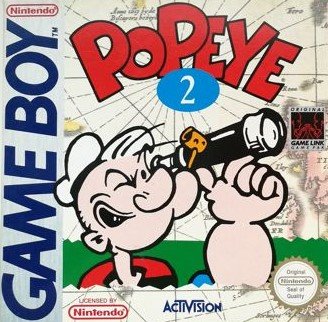 By RomStation : November 5, 2010
Popeye 2 is a side-scrolling platform game in which the player plays as Popeye. The player can walk in all directions, punch, duck and jump. Using the punch attack the player can destroy bricks. When destroyed, some bricks will reveal spinach which can be collected. The number of collected spinach determines the size of Popeyes fist. When Popeye is hit by an enemy the size of his fist decreases again. The player can collect a maximum of seven cans of spinach at which point the player gains a ranged attack where it shoots spinach cans. When the player loses all spinach he dies. Each series of levels is concluded with a level boss.