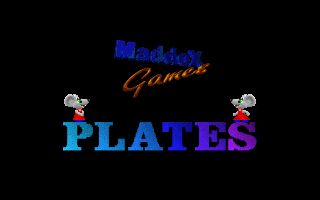 By RomStation : January 3
Arcade game from Maddox Games, who are best known for the IL-2 Sturmovik simulator released in 2001. Two mice decided to have fun in a very unusual way: one climbed onto the table on which there are five saucers, and the second took the pole and began to run over the top, trying to keep the tableware dropped by the brother as long as possible. To do this, it is necessary to balance, trying not only not to drop the burden on the floor, but also not to touch the refrigerator and the table, but also not to get caught by the cat from time to time. For every thousand points that we managed to score, a bonus plate is given.