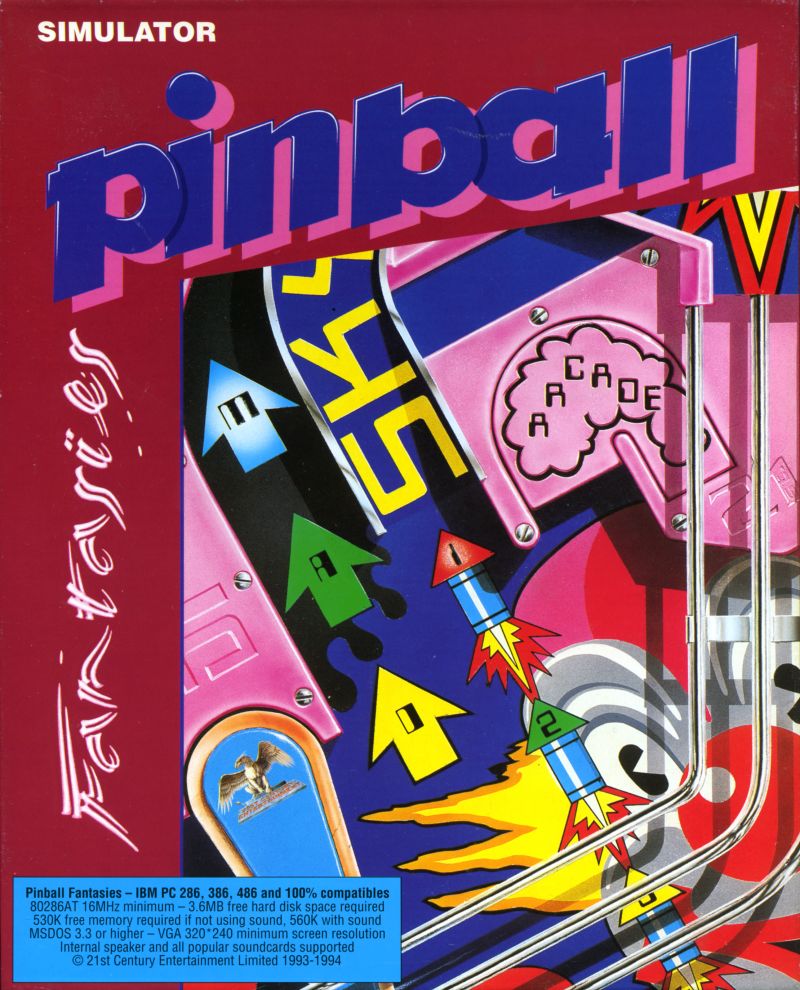 By RomStation : January 3
After the success of Pinball Dreams on several systems, a sequel featuring four new tables was created. The gameplay is much the same as the first game, with realistic physics, multi-player options and a high score table to aim for. The tables are Partyland, Speed Devils, Billion Dollar Gameshow and Stones 'n' Bones, taking in a funfair, racing cars, a tacky game-show, and a graveyard. Each one has a range of ramps, combos, light sequences and targets to shoot, as well as general themes which are less influenced by real tables than those in Pinball Dreams.