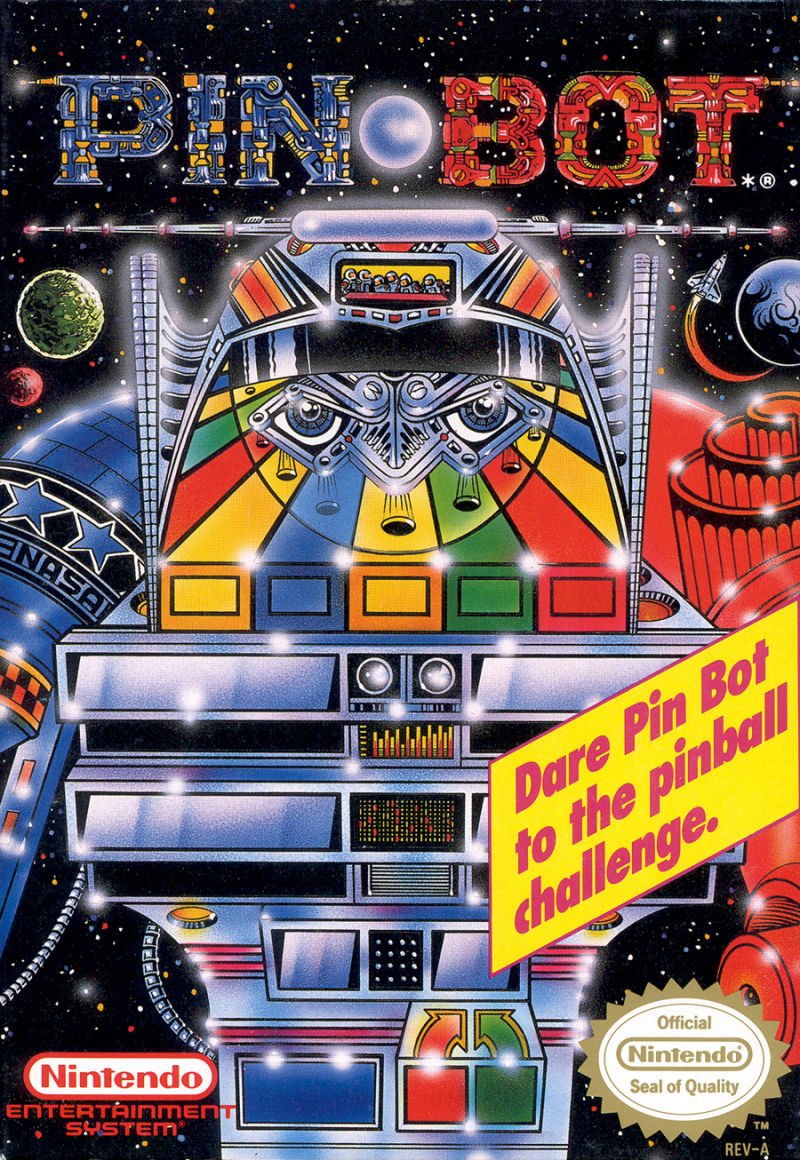 By Tanuki78 : July 20
Pin-Bot is a conversion of the arcade pinball game by Williams Electronics. The game is played with a split screen; the bottom half of the screen remains on your flippers, while the top half scrolls to follow the ball(s) on the table. In addition to recreating the pinball game's table, lights, and sounds several video game elements have been added, such as monsters that like to eat pinballs. Up to four players can compete against Pin-Bot!