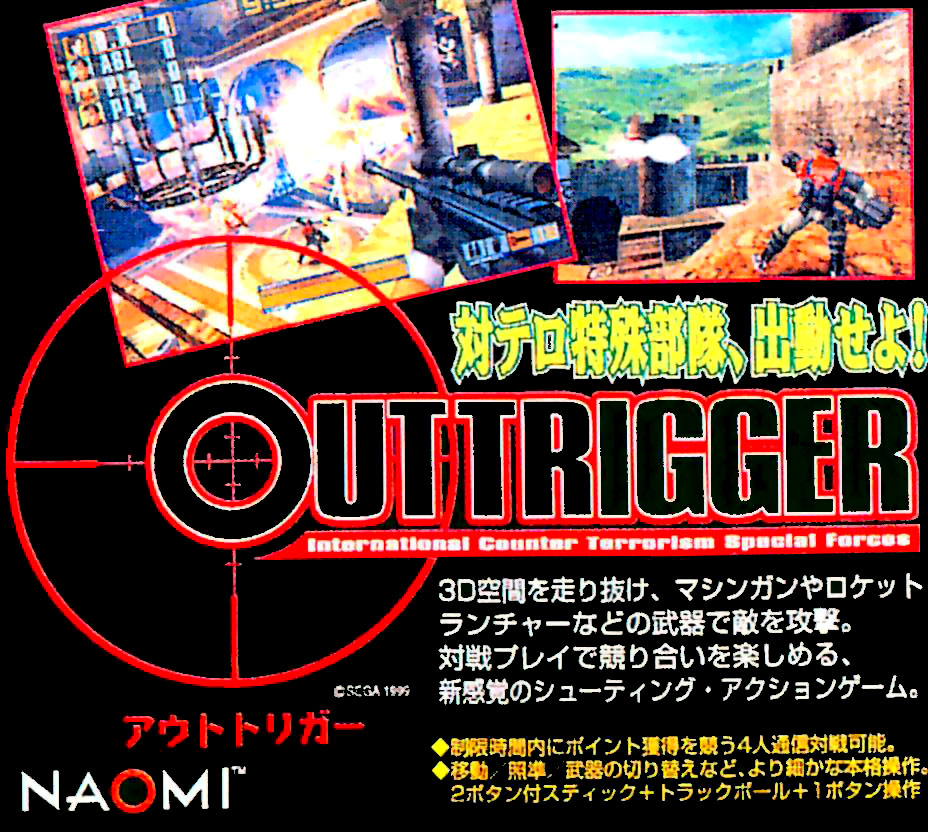 In Outtrigger you play a member of the "International Counter-terrorism Special Force (Interforce)", formed by "Visitaria", a multi-national company for military and space products. Your goal is to defend against terrorist attacks.

You can select one of four predefined players, which differ in speed, armor and weapons, or you can create a customized character. The game itself doesn't provide any storyline, instead you can choose one of the three modes: Arcade, Mission or Versus. In all modes you find yourself in one of several small arenas after starting the game. Usually your goal is to kill a certain amount of terrorists in a limited time (or your friends in Versus mode).

The gameplay is similar to Quake 3 Arena, especially in regards to game speed and the (configurable) key assignment of the controller.