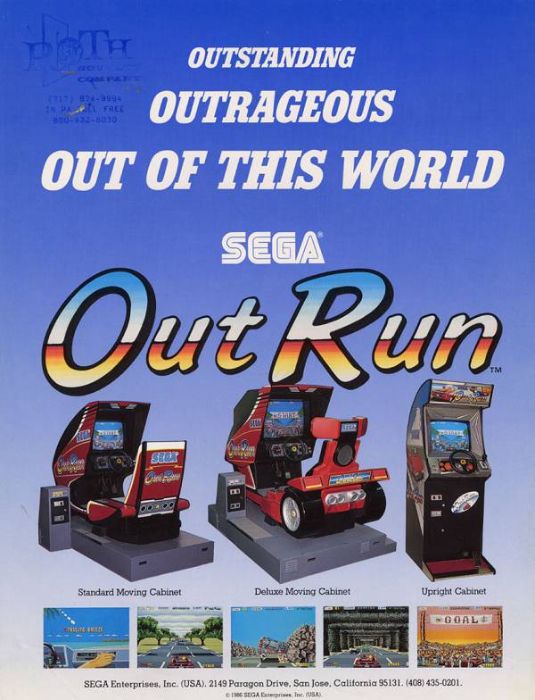 Out Run is a legendary and ground-breaking racing game in which the player drives a red Ferrari Testarossa through a number of colourful European locations, trying to reach each end-of-level checkpoint before the tight time limit expires.


Out Run's lush, fast-moving stages are each packed with civilian traffic that, in addition to the game's twisting, hilly roads, must be carefully negotiated. Also, as players approached the end of each stage, they were presented with a fork in the road; a unique innovation that gave players a choice of which route they wished to take through the game.


As well as being able to choose which route they wished to take, players could also - via the game's "in-car radio" - choose one of three different catchy tunes to listen to while driving. The songs are 'Magical Sound Shower', 'Passing Breeze' and 'Splash Wave'.