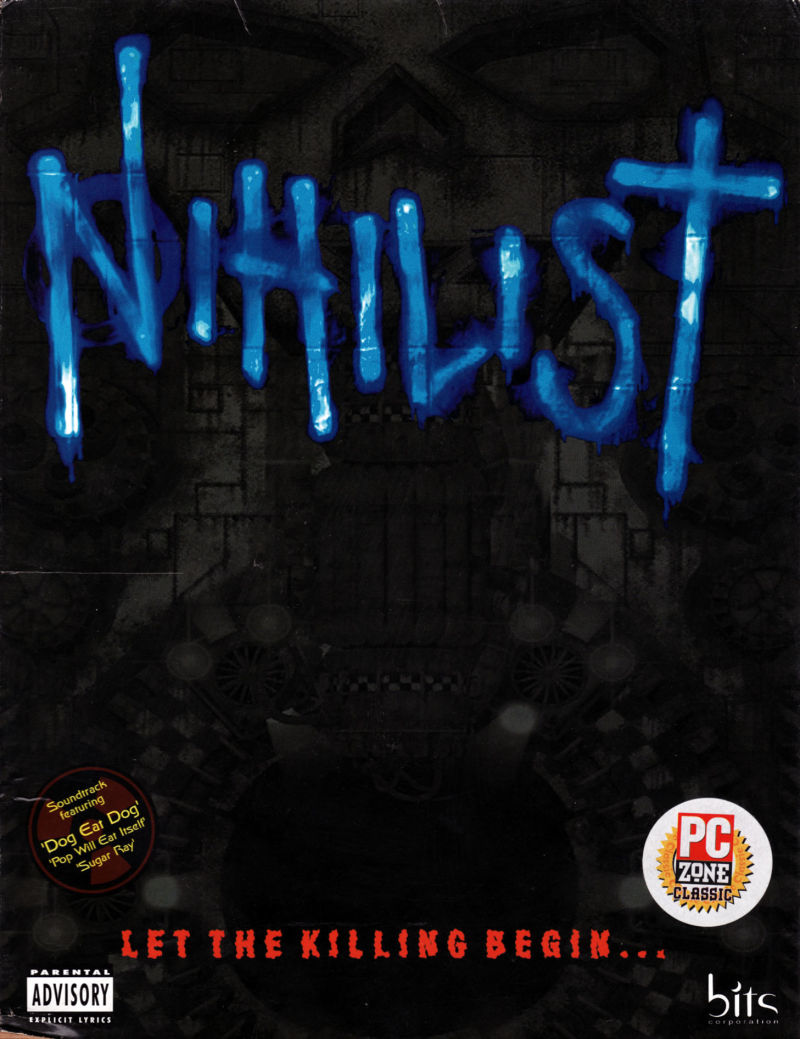 By RomStation : January 3
The premise of Nihilist is simple: The player controls a spaceship which has to beat deathmatches in an arena called Kraal. The gameplay is a mix between the classic games Beamrider and Star Wars. In Beamrider the player is on the bottom of a grid and shoots enemies on the upper part. Star Wars had among other things a sequence were the player flies in pseudo 3D through the Death Star.In the 25 levels the player duels one enemy each. Additionally there are other ships which shoot both opponents and asteroids which either split when shot or give extras like better armor. There are three arenas: horizontal, vertical and spherical. Every fight costs credits so the player has to pick up money symbols during the fight. When having more money he can spend it on weapon and armor upgrades. The soundtrack features 17 songs from bands like Dog eat Dog, Pop will eat itself and Sugar Ray and can be replaced with another music CD.