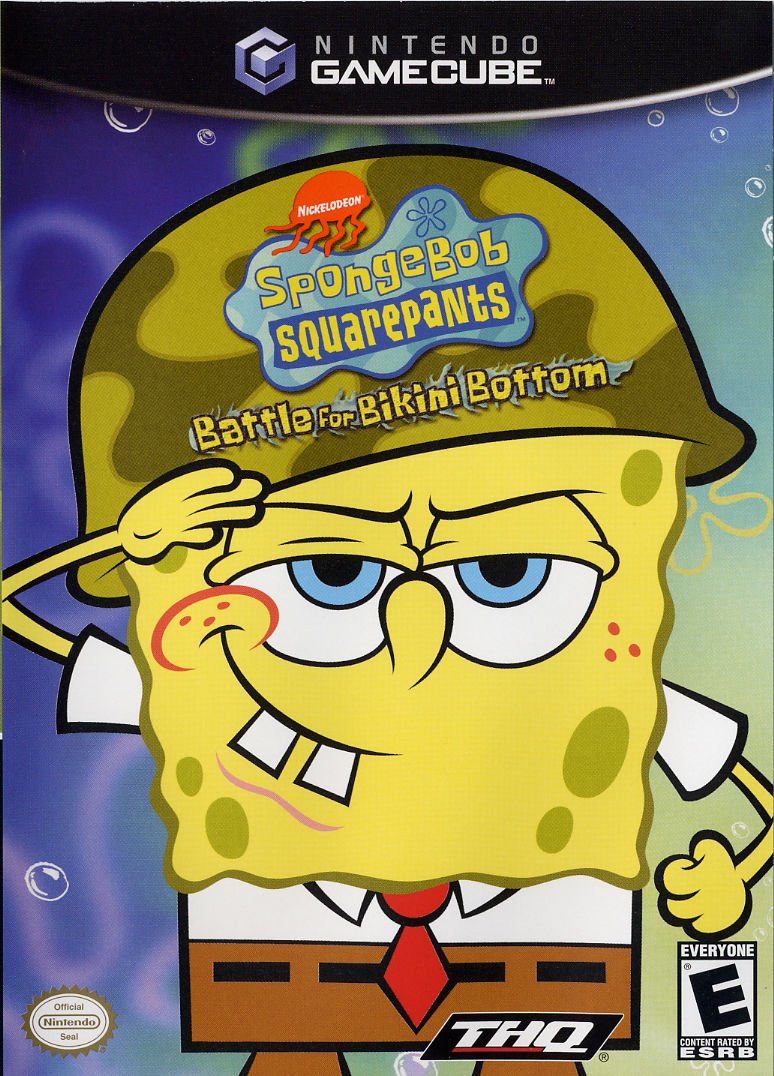 SpongeBob Squarepants: Battle for Bikini Bottom is based on the immensely popular Nickelodeon cartoon series. In this game, players control SpongeBob, Patrick and Sandy through 30+ levels of zany and hilarious platform gameplay, doing such outrageous moves like tongue-boarding, underwear bungee jumping and lasso-coptering.

Plankton's latest diabolical scheme to steal the Krabby Patty formula hinges on the creation of an army of evil robots, who will do his bidding. But because Plankton forgot to throw the "Obey Plankton" switch, the army of robots have run amuck and are terrorizing Bikini Bottom. Help SpongeBob, Patrick and Sandy save Bikini Bottom!