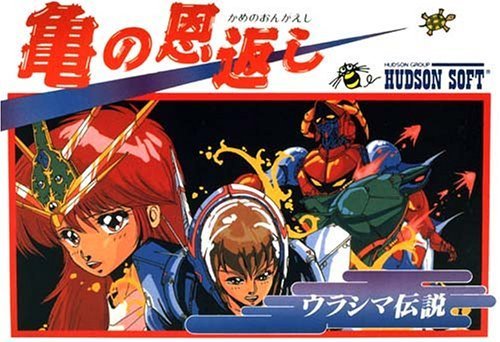 By thegreatdragon : December 21, 2020
Kame no Ongaeshi - Urashima Densetsu (亀の恩返し〜ウラシマ伝説〜, Turtle's Repayment: Urashima Legend), is a 1988 video game published by Hudson Soft for the Nintendo Entertainment System.[5] The game was released in Japan on August 26, 1988, and saw a North American release sometime in April 1990.

The story takes place in the post-apocalyptic year of 2777, after Earth has been devastated by nuclear war and natural disasters, with the island nation of Xexyz now being threatened by alien robots.