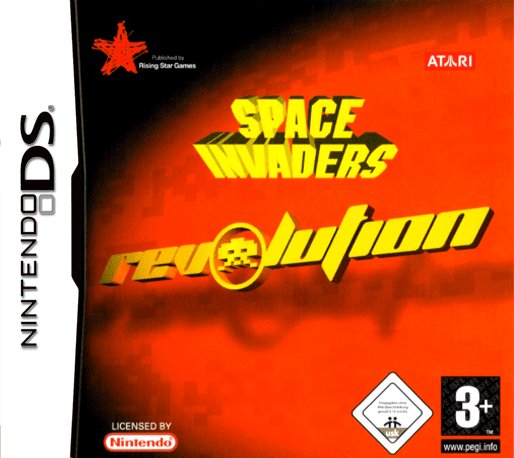 By Jobard : June 29
Space Invaders Revolution is a new take on the series, which marks a true progression over any version before it: New types of invaders, new rules and new ways to destroy them. Contains a faithful reproduction of the original arcade machine in Classic Mode. New Era mode: the simple rules of Space Invaders are expanded and twisted into a revolutionary step for the classic franchise. New Era mode takes the form of a world tour, with the player confronting the Space Invaders at 20 recognisable geographical locations. In total there are 60 levels to defend and 13 different types of invader to battle. Power-ups include protective shields, additional support craft, rapid-fire shots and column-clearing laser beams - essential aides as the action becomes progressively more intense. Power-ups can be used in combination: using support craft with laser results in three laser beams, decimating multiple waves of invaders with every press of the fire button.