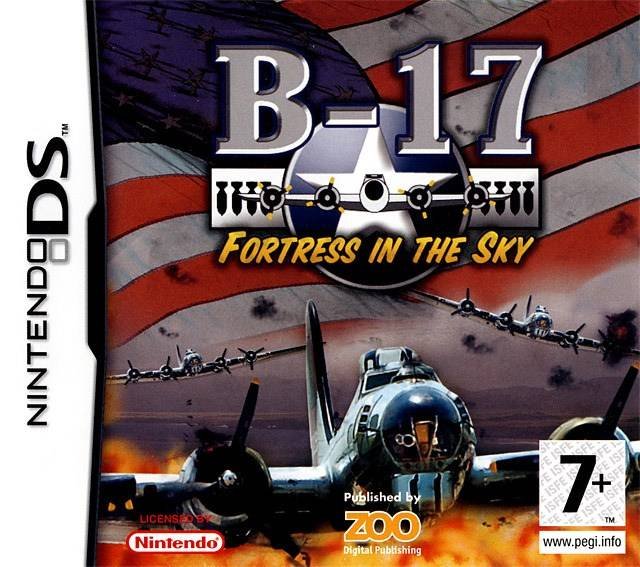 B-17: Fortress in the Sky has the player join the air war over Germany during World War II in the autumn of 1944. The B-17 Flying Fortress "Lucky 25" has just completed its 24 mission successfully and now needs to do one more before turning home. The way back to the States will be long, as 25 missions above countries such as France, The Netherlands and Germany need to be completed first, controlling the crew of the aircraft.

The game can be played in two modes: Novice (3 additional bombers in reserve and automatic tracking of enemy aircraft) or Ace (2 additional bombers in reserve, manual gunner views and more damage). Before each mission, a short briefing is given by a commander where the goals are explained, with primary and secondary targets. The screens show the gameplay, as well as a status area (position in the B-17, sustained damage, remaining aircraft in reserve and the navigator's map where all the targets and artillery are shown).

Players control the different positions on the aircraft and need to select the right view based on situation or the incoming aircraft, all shown from a first-person perspective. The different roles include a tail gunner, ball turret gunner, navigator, radio operator, flight engineer, left waist gunner, right waist gunner and bombardier. When flying above anti-aircraft artillery, the screen automatically switches to a top-down view where the B-17 needs to be maneuvered. The player can also participate in a bomb-run where targets such as war plants, anti-aircraft batteries, rail yards, u-boat pans, bridges, factories, ships and airfields need to be lined up and blown to pieces.

Upon completing missions, the accomplished targets are shown, along with the number of targets and enemies destroyed. Players are also "awarded" Nazi Swastikas on the side of the B-17 for every two enemy fighters destroyed. A 100% destroyed target has the player earn a bomb image. The German aircraft include the Focke-Wulf 190A-1, Messerschmitt Bf 109G-6 and Messerschmitt Me 262 A-1a. Both regular and touch screen controls are used.