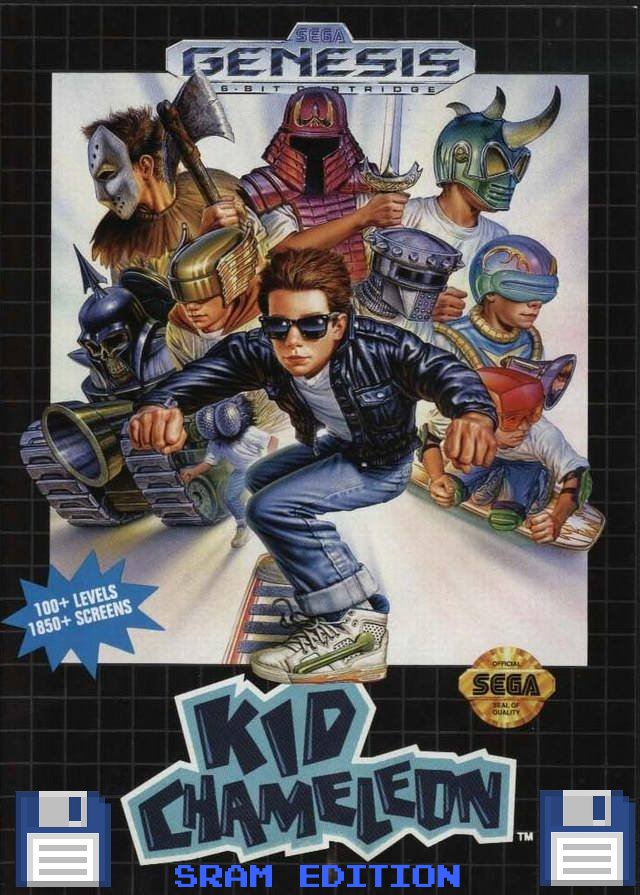 By Tanuki78 : April 16
This hack adds a save system in Kid Chameleon.

Wild Side is the newest game in town. All the kids are wild to play it. It's a machine that surrounds you with flame-belching, body-snatching monsters. Step inside and it's just you against the madness. It's fast, dangerous and almost impossible to beat. One other thing - it's a kid-eater! Until Kid Chameleon takes charge. He bursts open blocks, finds helmets and - Blam! - he transforms into a brick-smashing Berzerker! Crunch! He's a buzzing Micromax, hacking Maniaxe, or jet-powered Skycutter. By bashing blocks, he builds up superpowers for the monster-mash ahead! Crabuloids, Skull Chompers, Killer Slime! Kid Chameleon wipes 'em out with hair-raising leaps! He scrambles up walls, skates across ceilings and squeezes through escape holes. With more than 1,850 screens, 103 levels, and loads of secret paths, there's always a way out. And they all lead to the lair of the Elsewhere Evilmeister, Heady Metal!

The game saves at the end of each level, except the "Elsewhere" levels.
To load the save, you just have to do Start then "Restart Round".