Last Ninja 2: Back with a Vengeance 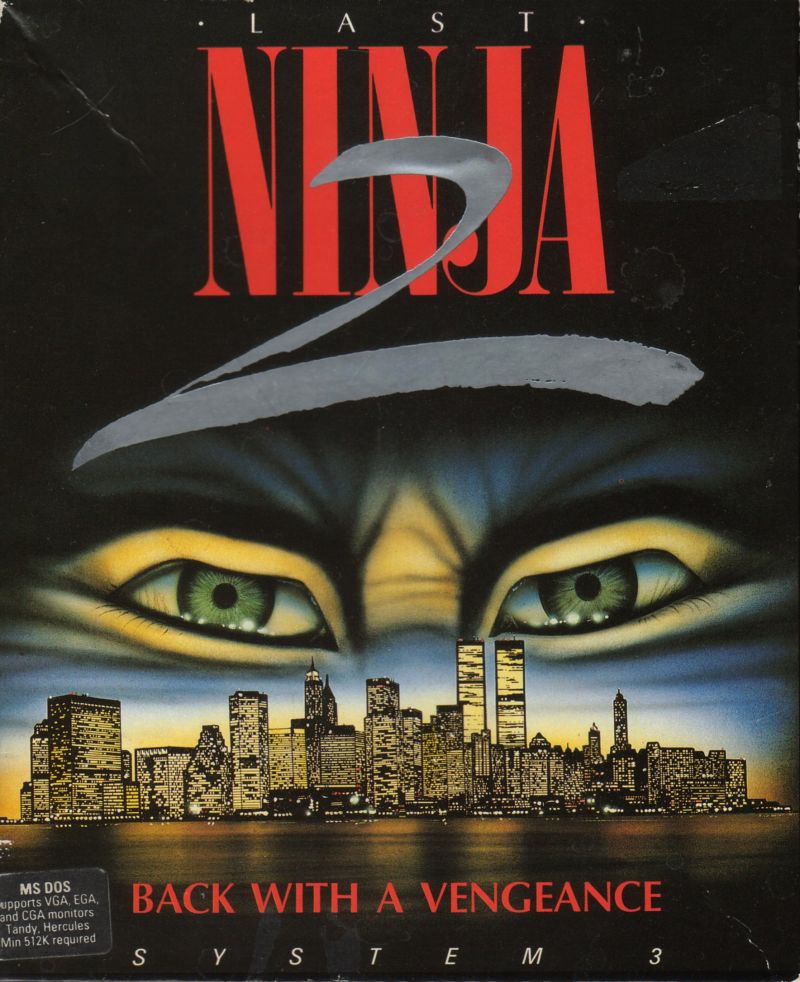 By RomStation : January 3
With the scrolls now in his possession, The Last Ninja begins training a new order of Ninja. During a training session he is mysteriously transported to XXth-century New York. The Evil Shogun has returned! Torn from his own time, The Last Ninja must defend himself once more with nothing more than the belief in his own abilities. Last Ninja 2: Back with a Vengeance is an action/adventure game where the player, controlling a powerful ninja, must fight his way through opponents while collecting necessary items. The game is split into various levels, each of them depicting a different locale and divided into several screens. The view is isometric and the ninja can move in four different dimensions (he can also walk backwards) and jump. Enemies, armed with fists and various ninja weapons, wander around the levels. The ninja must fight them either bare-handed or with the weaponry he finds along the way; in either case, he has a number of blows and attacks at his disposal, as well as the ability to block. There's a special weapon, shuriken, which are thrown in a straight line rather than used for melee combat; if they strike an enemy, they'll instantly kill or at least heavily damage him. There are items scattered around the levels, such as keys, rope, a map or hamburgers (which restore health when eaten). Collecting these items and using them in a proper place is necessary for completing the game.