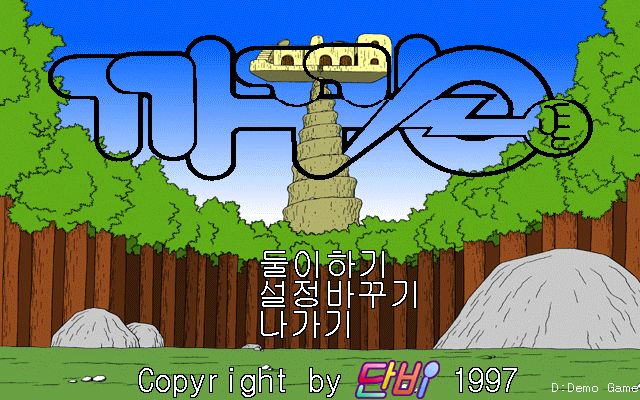 By RomStation : January 3
While it draws just as much inspiration from the Dragonball aesthetic than My Love, Kakoong is even more tasteless than its Japanese role model. The introduction shows the titular hero taking a crap on a platform. First one only sees his strained face and has to wonder what physical challenge he has to endure, but then the camera zooms out to reveal everything.

Players who haven't already been chased away by this gross display get "treated" to a decidedly mediocre 1-on-1 fighting game. The controls work a tiny bit better than in most other examples of the genre on the PC, but there's not much meaning to the fighting overall. The game works on a weird experience system, which encourages to use the same move over and over again and destroys any balancing the game might have had in the first place.