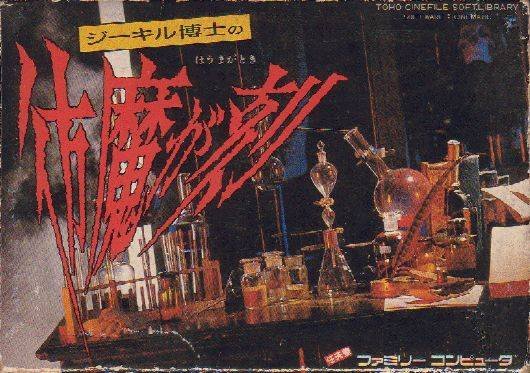 By Tanuki78 : November 17, 2020
Dr. Jekyll and Mr. Hyde is based on the Robert Louis Stevenson novella "Strange Case of Dr. Jekyll and Mr. Hyde", which follows a respected doctor who develops a serum that transforms him into the embodiment of his darkest thought and desires. He becomes a slave to his alter ego and is ultimately destroyed by it.

In the game, Jekyll must make his way from his home to the church where he is to marry his sweetheart Miss Millicent. He's got to keep his life bar and "Jekyll to Hyde" meter in check, or he'll find himself changed into the nefarious Mr. Hyde. If this happens, Hyde must then defeat enough baddies to raise the meter back up and allow the good doctor to continue his quest.