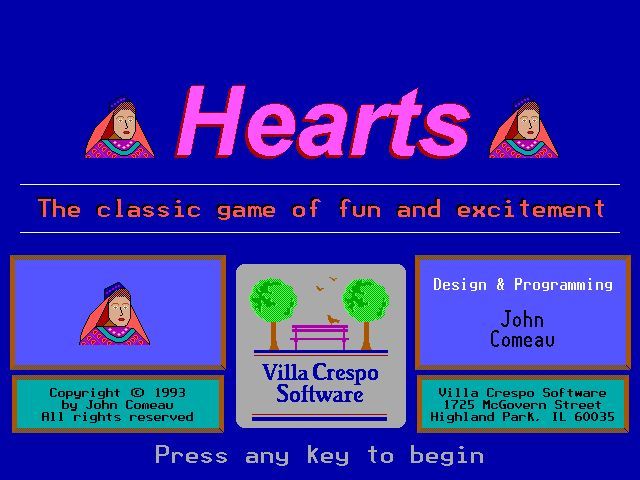 By RomStation : January 3, 2020
The second of John Como's games, reprinted after the initial appearance in Shareware status as one of the latest releases of the Villa Crespo casual and budget "coffee" series. This time we are offered even card entertainment, but not from the casino’s repertoire, but on the contrary - very peaceful and family-like: “Hearts”, also known as “Hearts”, is widely known all over the world, at least thanks to Microsoft, since the beginning of 1990 almost all versions of their popularly favorite Windows operating system equipping this game. Pay attention to another embodiment of the “Heart” is worth at least because of its rarity: until 2017, the digital version of this thing was not available in the public domain.