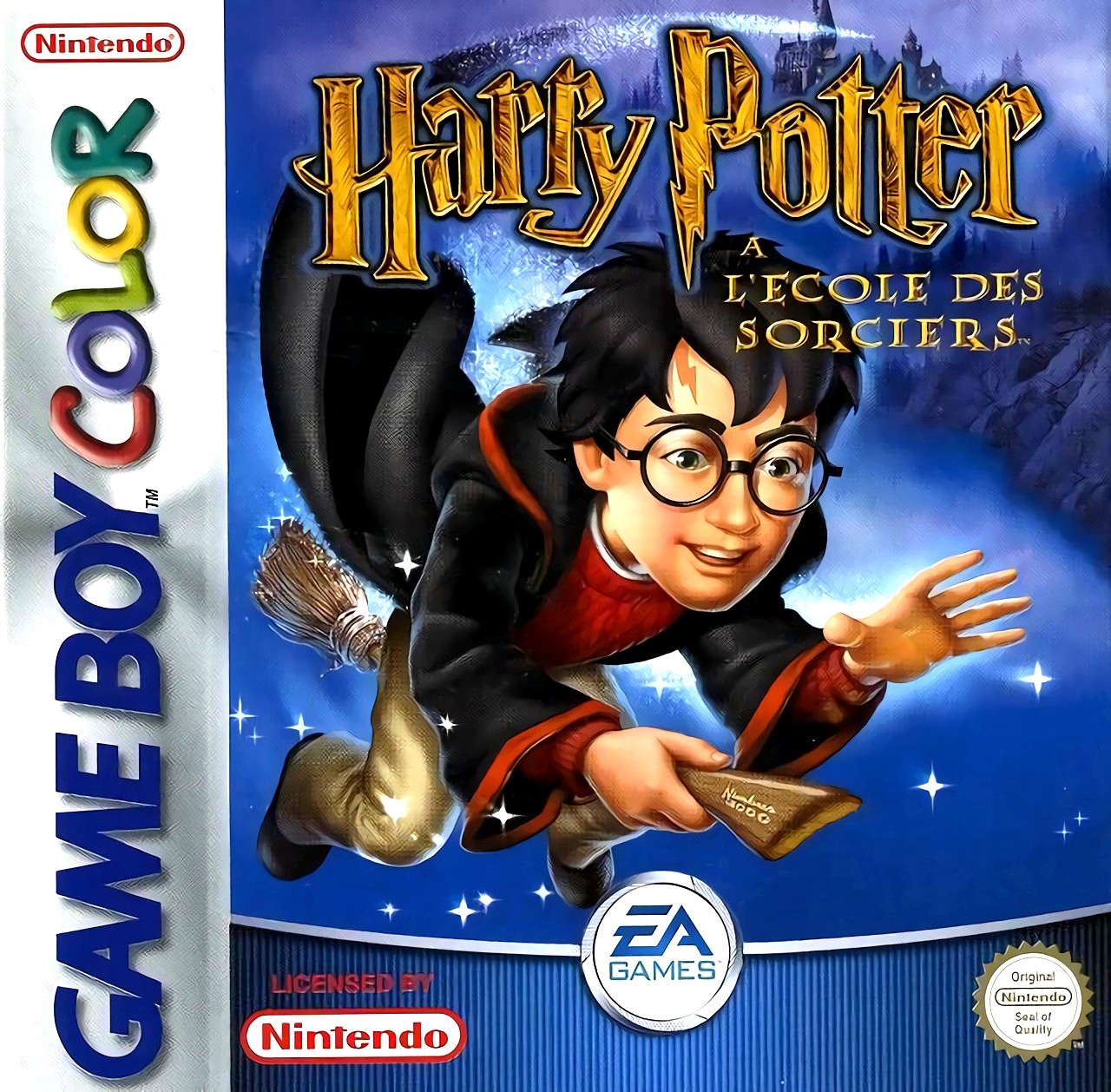 In the first Harry Potter game for the Game Boy Color, the story of Harry's first year at Hogwarts School of Witchcraft and Wizardry is told in the form of a traditional role-playing game.

Playing as Harry, one advances through the plot of the book and the movie by fulfilling quests, battling monsters and gaining experience and levels.

Combat is turn-based, with Harry being able to use a variety of spells against various critters and other enemies. In addition, card combinations of Famous Witches and Wizards Collector's Cards can be used to produce powerful magical effects. These cards can be found all over the freely explorable Hogwarts. Potions that refill stamina and magic points can be found, bought or mixed by Harry himself, but only with the right ingredients.

As in other Potter games, Harry also competes for house points for Gryffindor, hoping to win the House Cup in the end.

The game features several mini-games that, once found in the main game, can also be accessed from the main menu.