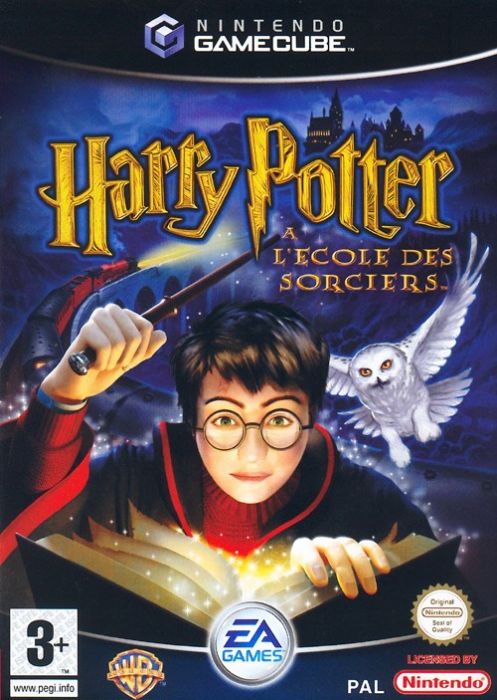 Two years after versions on other platforms, the then-current consoles got their own adaptation of the first Harry Potter book and film. Like in the computer and PlayStation versions, Harry Potter's first year at school of magic Hogwarts is presented as a 3D action-adventure title.

After a tutorial at Ollivander's Wand Shop and an introductory first night at Hogwarts, the game is organized into distinct days and nights. Days mostly consist of lessons, where usually Harry will learn new spells. The more interesting stuff happens at night, of course, when Harry sneaks around the castle to do things like meeting Draco Malfoy for a duel, fighting a troll in the dungeons, and other important scenes from the film and book.

Most tasks involve platform sections, where Harry has to jump over chasms and balance along edges. Often, creatures will be in the way that have to be fought using the correct spells, and magic must also be used to solve the occasional puzzle. At night, Harry must watch out for prefects patrolling the floors of the castle to avoid getting sent back to the common room. There's also broomstick flying in the game, including a Quidditch match against Slytherin.

After classes, Hogwarts can be freely explored. At any time, it is possible to revisit school lessons to get better grades, often only possible after some more advanced spells have been learned. Also, lots of collectibles can be found both in the open and hidden areas: collecting 20 wizard cards increases Harry's health and Every Flavour Beans can be traded in Fred and George's shop for more cards and some other useful items.