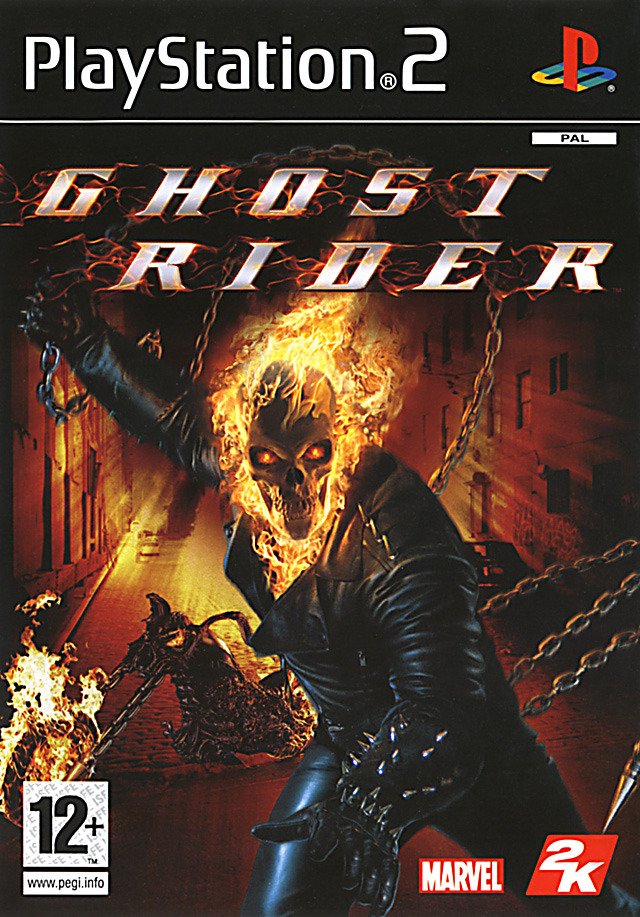 Ghost Rider is an action game set after the events of the movie of the same name, which is in turn based on the Marvel Comics character.

You are Johnny Blaze, who sold his soul to a demon named Mephisto for noble reasons. Now, some rogue demons have escaped from hell and Mephisto needs to to destroy them before they cause him trouble. If you don't, he'll take your girlfriend back to hell with him.

Ghost Rider attacks with his flaming hellfire chains in a manner similar to God of War. If he uses a variety of moves and avoids being hit, it fills a vengeance bar. The more this meter fills, the more souls he gets from enemies he kills. Souls are used to purchase new moves and extras like additional characters. There are some shielded enemies where you must have a minimum vengeance bar to damage them. There is also a spirit gauge, which is essentially a special meter and is also built up by attacking. It allows the uses of special moves, like your shotgun.

There are also Hellcycle levels, where you must successfully avoid obstacles while destroying enemies with the bike's hellshots attacks and your chains.