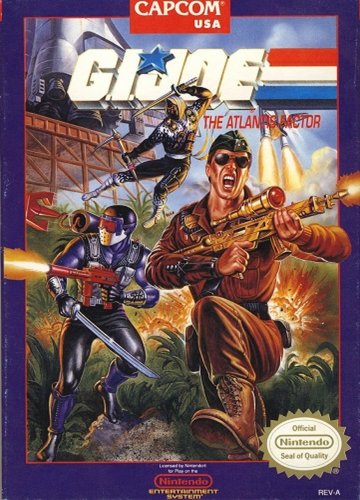 By Tanuki78 : October 18
G.I. Joe's squad of mean, lean combat experts moves into action! Cobra Commander has raised the ancient island of Atlantis from the ocean depths, and is using it as a base. With a nearly indestructible army, and powerful space weapons, the power-crazed Cobra is about to take over the world! Advance through the lethal mazes of Cobra's weapons complex, battling soldiers, gunships, laser orbs, and skin-shredding birds of prey. Infiltrate secret storerooms where Cobra Commander carries out his deadly schemes. At each level, find an ally of even greater strength and skill to join your combat team. At last, face Cobra Commander himself in a treacherous duel for world dominance! This is a fight only G.I. JOE can win!