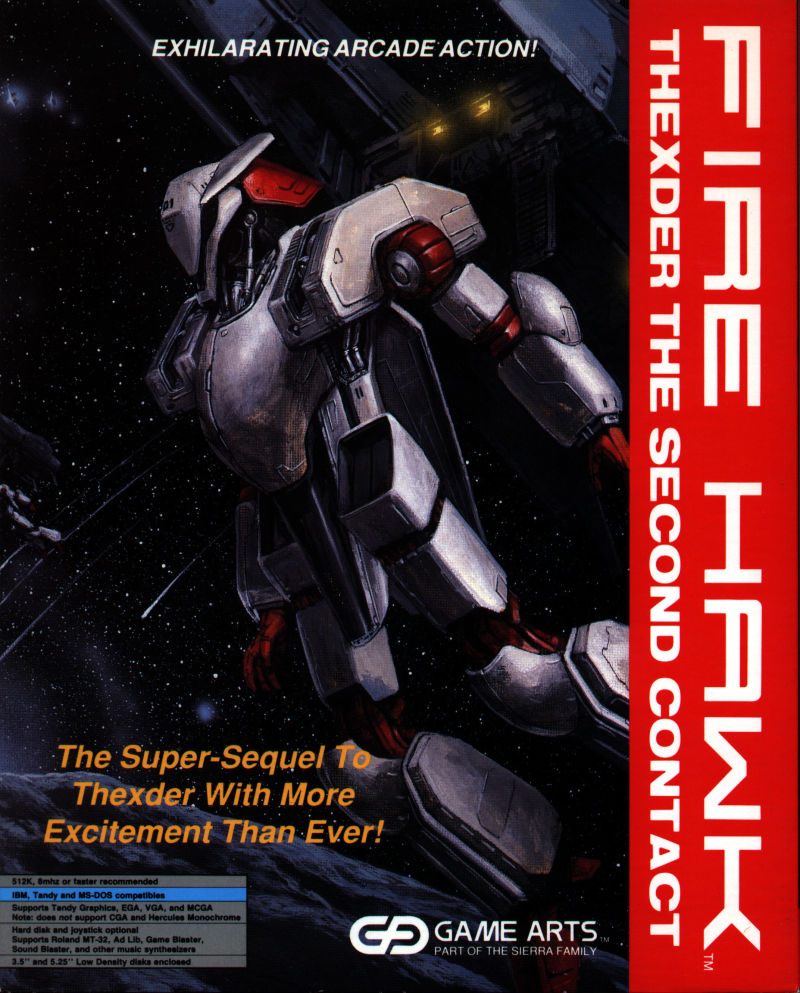 By RomStation : January 3, 2020
Fire Hawk: Thexder - The Second Contact is the sequel to Thexder. The Fire Hawk robot has the same main design as Thexder: a laser, shield and the ability to transform into a jet. It's also possible to use some special weapons which can be found during the missions, such as the Flasher, (damages anything on screen) and the Stopper (freezes enemies for a while).Levels are divided into sub-levels, with each fourth one featuring a boss fight.Some of the main improvements compared to the original game include the ability to save a game at certain points, the ability to switch between special weapons during gameplay, and a greatly expanded high-quality soundtrack.