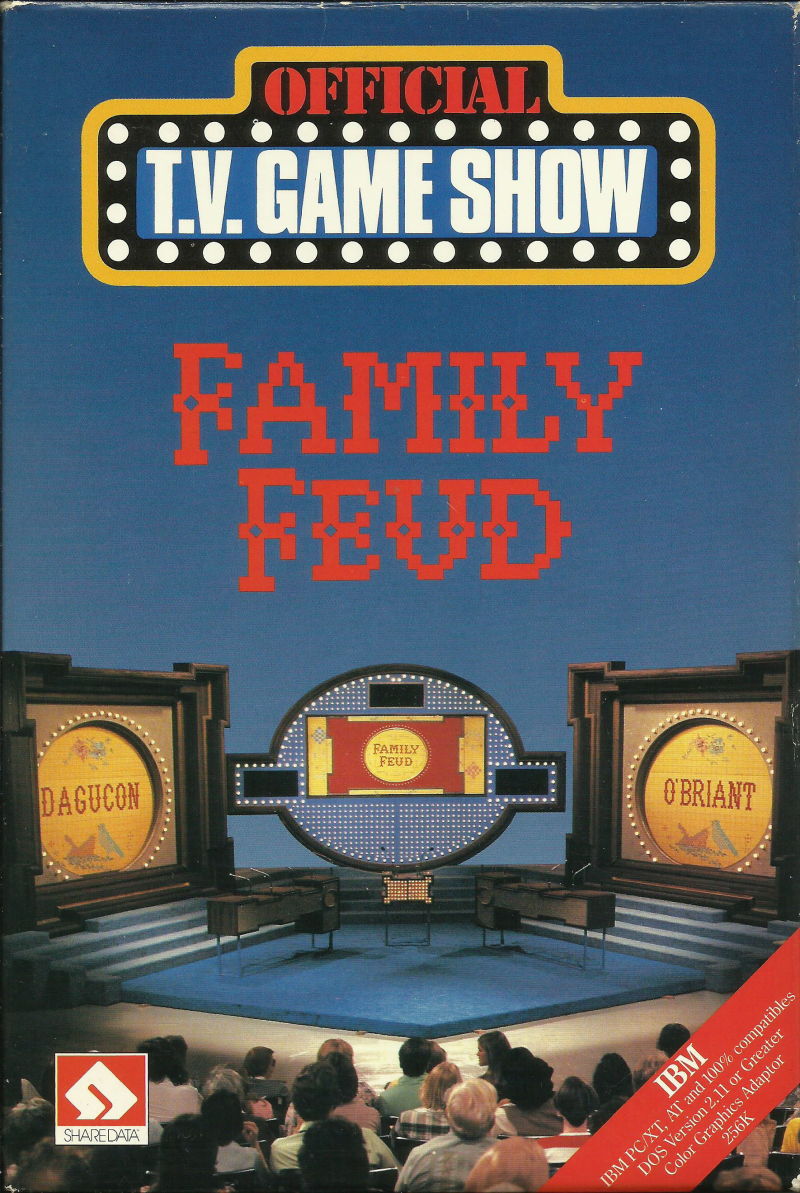 By RomStation : January 3
This is the first Family Feud computer game based on the successful television game show. A few years later, Softie developed The All New Family Feud with more advanced graphics and music.

Two families compete against each other or against a computer family, 5 people per family. Just like in the tv show, there are 3 Rounds ending in a timed Bonus "Fast-Money" Round. Randomly generated questions are asked, and the object is to figure out the most popular answers from the 100 people poled. Each member of the family contributes during the Rounds, and two people play in the Bonus Round.