Eye of The Beholder III: Assault on Myth Drannor 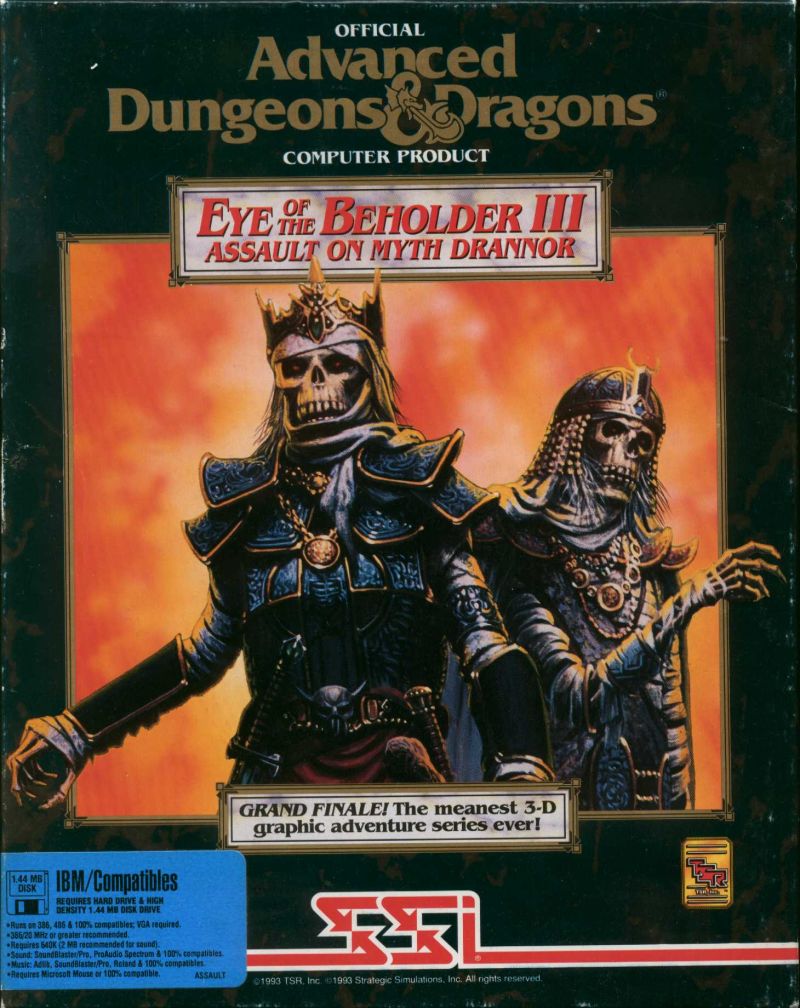 This is the third and the final part of Eye of the Beholder trilogy. While boasting of their exploits in the the previous game, the party is approached by a man with a tale of a dangerous lich who threatens the surrounding area. Without hesitation the party agrees to deal with the lich, and the mysterious man teleports them into yet another adventure.

The game is more or less the same as the prequels, the battles play out in the same way as in previous entries. Characters can fight mano-a-mano, or they can throw things, weapons, arrows, etc. Open spaces have been added to the game as well as the ability for the entire party to attack at once. New high level monsters, spells, and equipment can be found as well.