Eye of the Beholder II: The Legend of Darkmoon 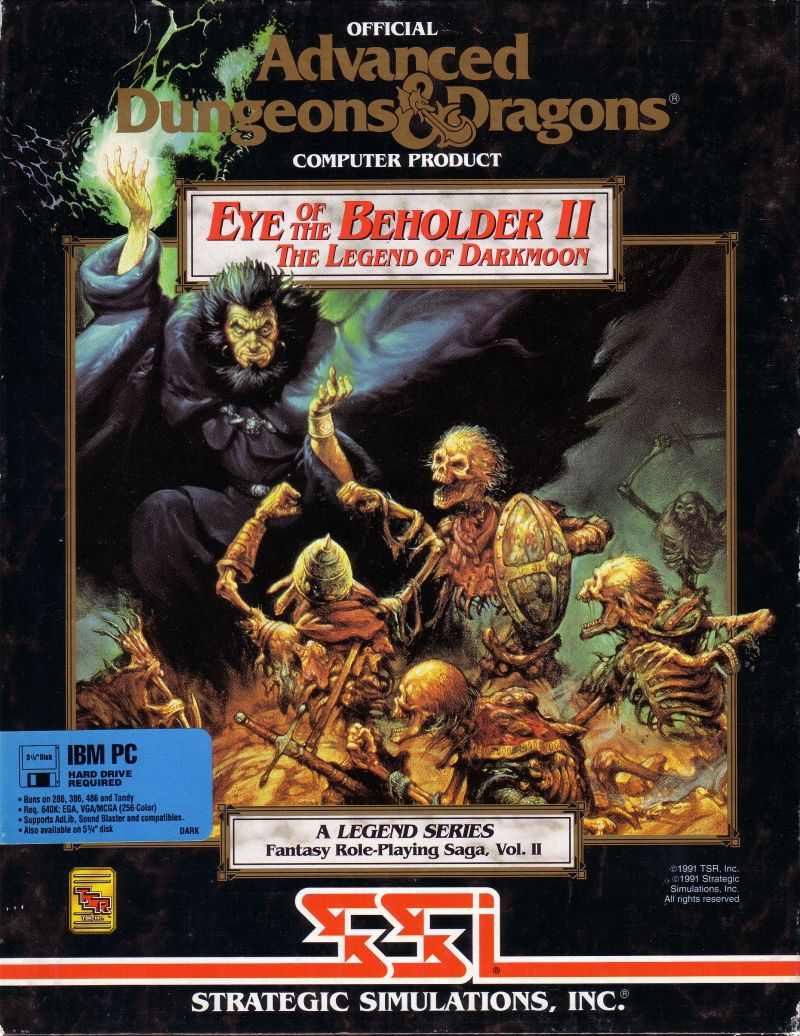 In the sequel to Eye of the Beholder, the Archmage Khelben summons the Heroes of Waterdeep, slayers of the Beholder Xanathar, for another mission. Strange things are happening in the forests near Waterdeep, centered around the Temple Darkmoon. People have been disappearing and shallow graves containing human remains have been found. Khelben teleports the party to the forests near Darkmoon so they may find out what kind of evil is working in the towers of the temple.

Eye of the Beholder II: The Legend of Darkmoon is, like its predecessor, a first-person role-playing game based on the 2nd Edition AD&D rules. It uses the same point-and-click gameplay mechanics and controls as the first game, with only minor changes.

A starting party consists of four characters, which can be transferred from the earlier game or created from scratch. Characters can reach higher levels and learn new spells, must face new and tough monsters, and solve multiple puzzles. Compared to the first game, many more illustrated NPC encounters and cutscenes were added.