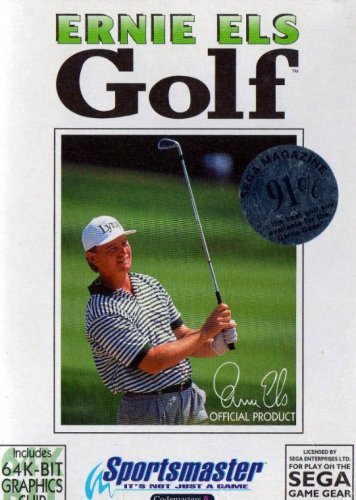 Ernie Els Golf is a handheld golf game for up to four players. The game is similar to other golf games of its time with the golfer being viewed from a behind perspective when swinging and then switches to a top down perspective when the ball is in the air. A three click power bar is used when taking shots. On the first button press it start moving back and forth and by pressing again the amount of power is set. The third press decides the slice of the shot.

Before a shot the player can choose which club to use and change the golfer's stance as well as the position of the ball. It's also possible to see a top down view of the hole. After the shot has been taken it's possible to see replays from three different views. The game supports mulligans which means that a shot can be undone. The number of mulligans can be chosen by the player.