EcoQuest 2: Lost Secret of the Rainforest 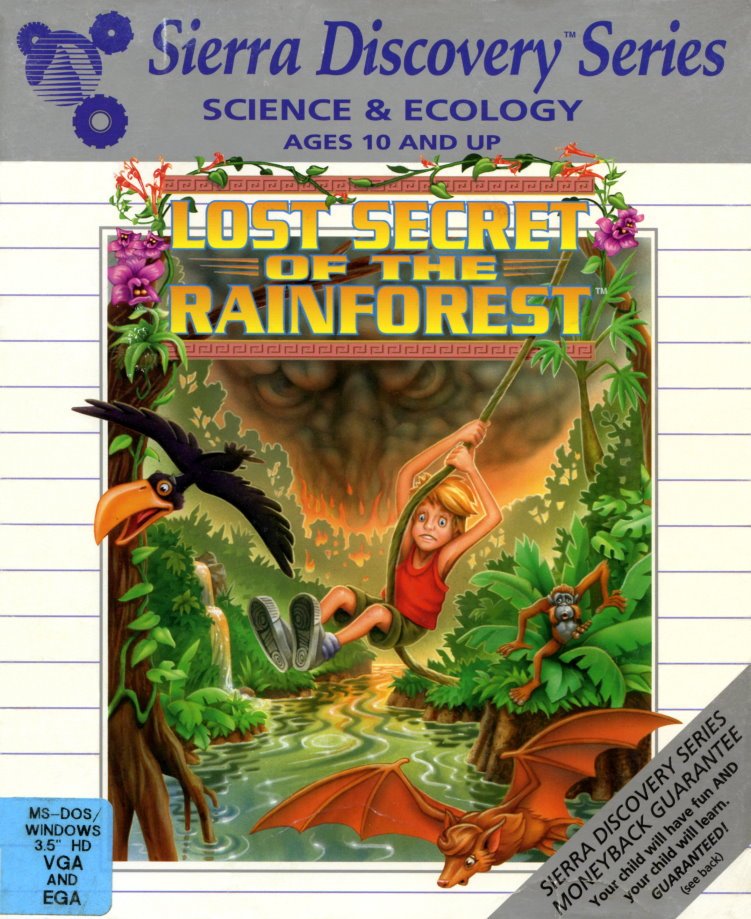 By RomStation : January 27
In Lost Secret of the Rainforest the player controls a boy named Adam Greene who, along with his father Noah, a doctor of ecology, travels to the town Iquitos in South America, to meet the Ecology Emergency Network. The two intend to go on an expedition up the Amazon river and try to establish contact with a native tribe known as the Grove People. After having separated from his father, Adam must venture into the rainforest, discover the secret of the mysterious Forest Heart and find the lost City of Gold in his pursuit of a remedy for the Grove People.

This sequel to EcoQuest: The Search for Cetus is similar to its predecessor in presentation and gameplay, being an adventure game with educational elements. Like the first game, it has an icon-based interface and does not allow the player to get irrevocably stuck in the game or let the player character die. A specific feature of this installment is the so-called "Ecorder", a device Adam uses to record information about the flora and fauna of the area he explores.