Darkstalkers Chronicles : The Tower of Chaos 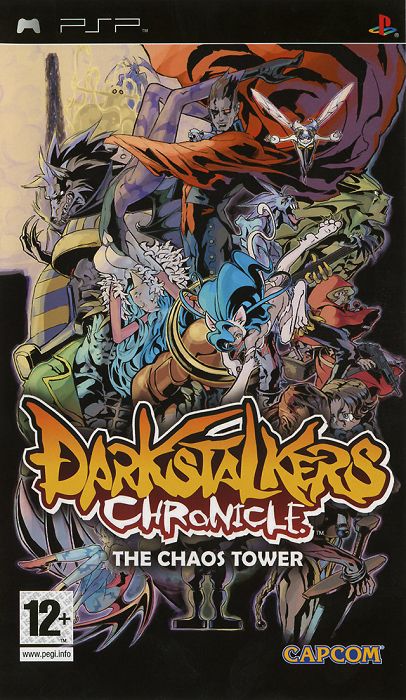 Darkstalkers Chronicle: The Chaos Tower is essentially the culmination of Capcom's sister series to Street Fighter. Featuring a similar style of one-on-one 2D fighter gameplay, which focuses heavily on a system of varied kicks, punches and special moves differentiating each fighter, the Darkstalkers series differentiated itself by providing a very unique cast of characters inspired by nearly every classic movie monster one could think of.

The game is a port of the Dreamcast title Vampire Chronicle For Matching Service and collects every playable character from the series, with interpretations of famous monsters, and every distinct style of play from the series, in one title. New gameplay modes have been added to the mix as well. Among them is the Chaos Tower, where the player is challenged to pick three characters and climb the ranks in the tower, taking on each challenge given. The other ones are Training, Chronicle and Arcade.

Multiplayer is available in the Network mode via WiFi, in standard versus modes, and also as a league mode where 4 players can battle it out in a tournament-styled setting.