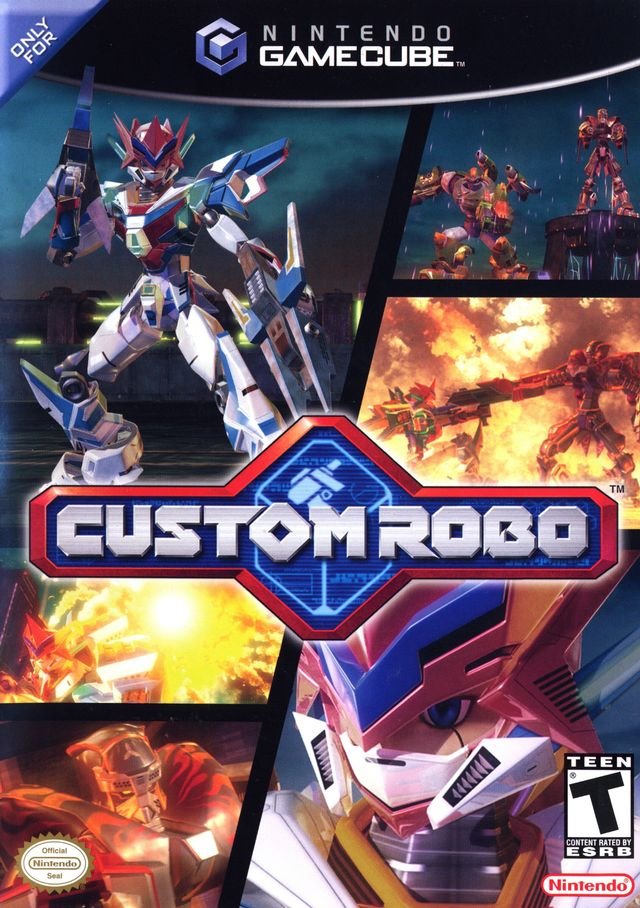 By Koolls : August 6
This is the fourth installment in the Custom Robo series, but the first one to be released outside of Japan. On an unknown planet in the future, custom robos are used for criminal purposes. Those who can manipulate the robots through brain waves are called "Commanders". When you and your comrades learn of a strong, autonomous maneuvering robot, you decide to investigate the matter.

The game mixes action (fighting), simulation (assembling), and RPG elements (do some detective work to unravel the mystery) in a single game. You can construct your own robot with over 200 parts, including over 50 guns, 30 bombs, 30 pods, and 15 legs. In a typical arena match, you have to fight real-time battles and victory means you can acquire new parts and continue with the storyline. As there are different kinds of battles (two-on-two, tag team, four-player battle royale), you have to use different strategies and make use of the obstacles in the arena.