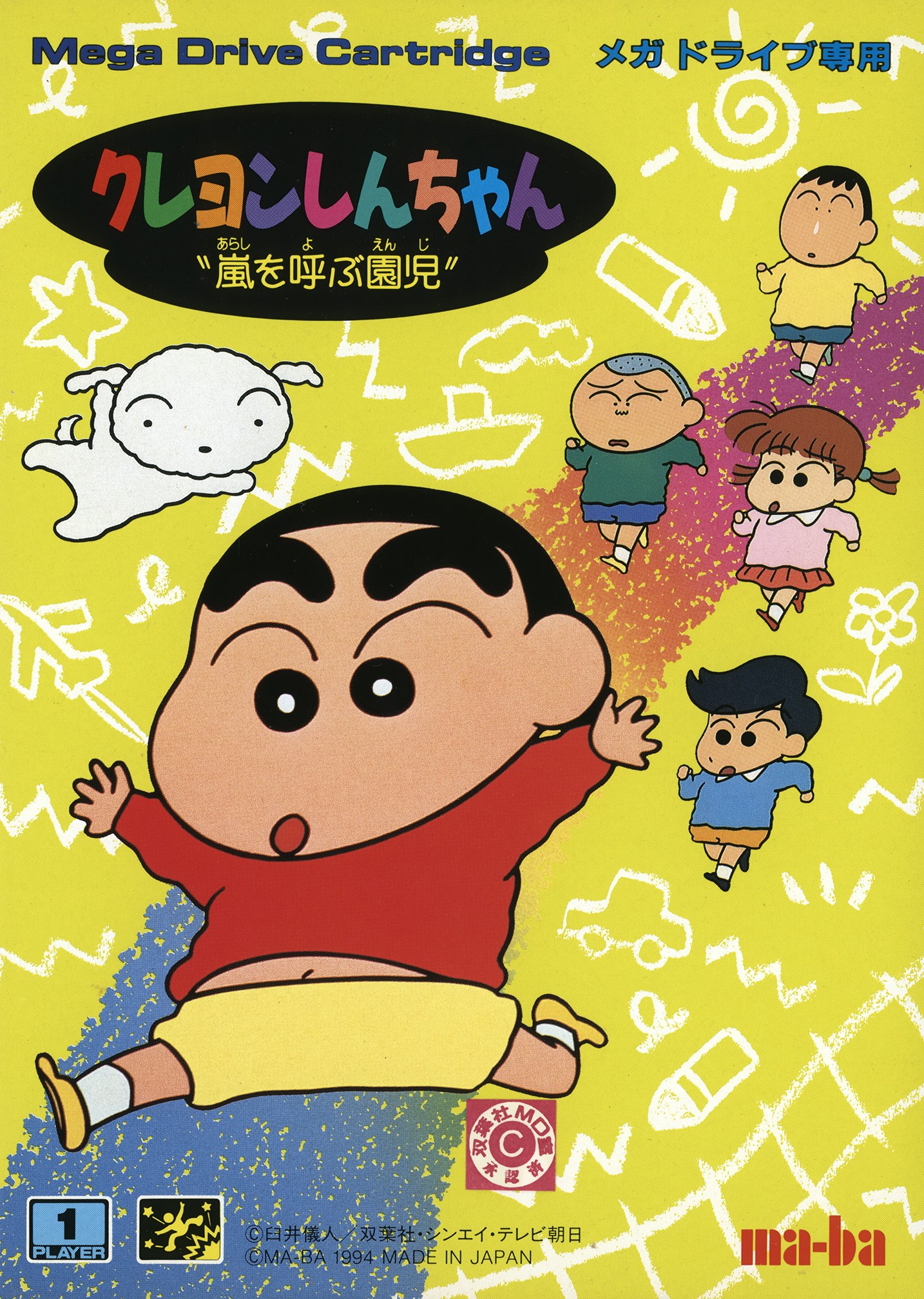 Five-year-old Shinnosuke Nohara is the epitome of noisy children: loud and inappropriate, infuriating to his parents, and hilarious to onlookers. Shin-chan is always getting in trouble with his parents and saying bizarre or offensive things to everyone he meets. Every so often, though, he'll try to do what his mom wants him to, but more often than not, he'll misunderstand and simply confound his parents further.

Arashi o Yobu Enji ("A Kindergartner Called Tempest") is one of many games based on the manga and anime created by Yoshito Usui. In four stages, each made up of five areas, Shin-chan must explore his neighborhood looking for a specific object. He can enter houses to ask people for information, but will often end up simply insulting them. He must also avoid or knock over the other children in the neighborhood, and has various ability cards that he can use to assist him, which might give him a water pistol or refill his health. After finding what he's looking for, Shin-chan will move on to the next area.

Also included is a minigame mode with eight different minigames, such as a bubble-blowing contest, a three-legged race, and a desperate search for clothing before school. The entire game, including the minigames, is filled with dialogue containing the same humor as the source material.