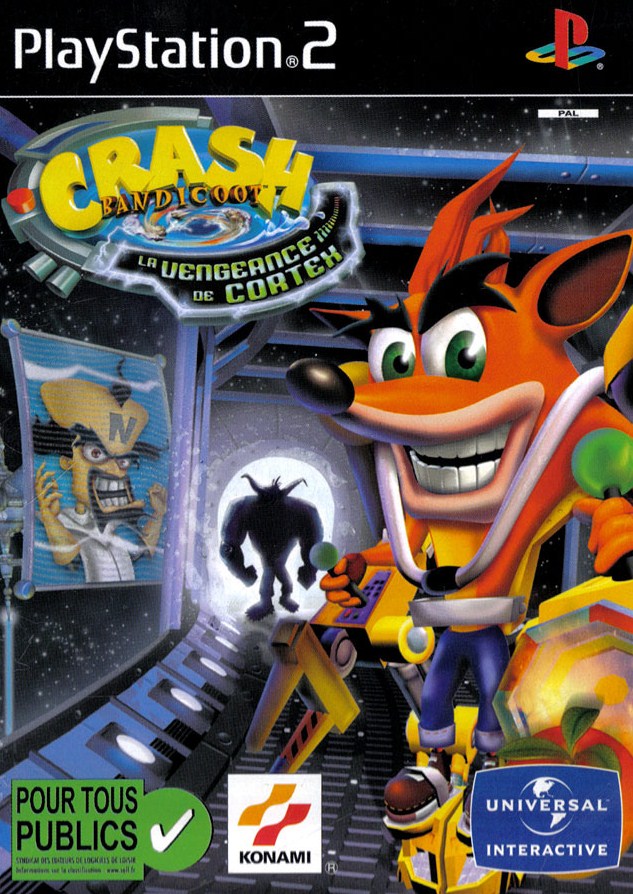 Crash Bandicoot - The Wrath of Cortex is the first Crash Bandicoot game for a system other than the original PlayStation. The story is set some time after Warped: Dr. Cortex wants revenge after being defeated by Crash (again). For this purpose, he creates Crunch, a super-bandicoot who can destroy everything that crosses his way. So Crash needs to defeat Crunch (and in the end, Dr. Cortex).

The original, ever-grinning orange hero chases his mad scientist nemesis into the next generation of console gaming in Crash Bandicoot: The Wrath of Cortex, the first Crash Bandicoot game produced for Sony's 128 -bit PlayStation 2 system. As in previous Crash Bandicoot titles, gamers will once again find the intrepid marsupial adventurer on a platform-hopping quest to keep the world safe from Dr. Neo Cortex' dastardly plans.

Crash Bandicoot: The Wrath of Cortex is designed to take advantage of the PlayStation 2's superior processing power and allows players to interact with the hero in an intimate level of detail never before available in the popular series. Crash travels through 30 levels in six different worlds in this outing, avoiding deadly obstacles, piloting high-speed vehicles, and doing battle with over 30 enemy bosses.