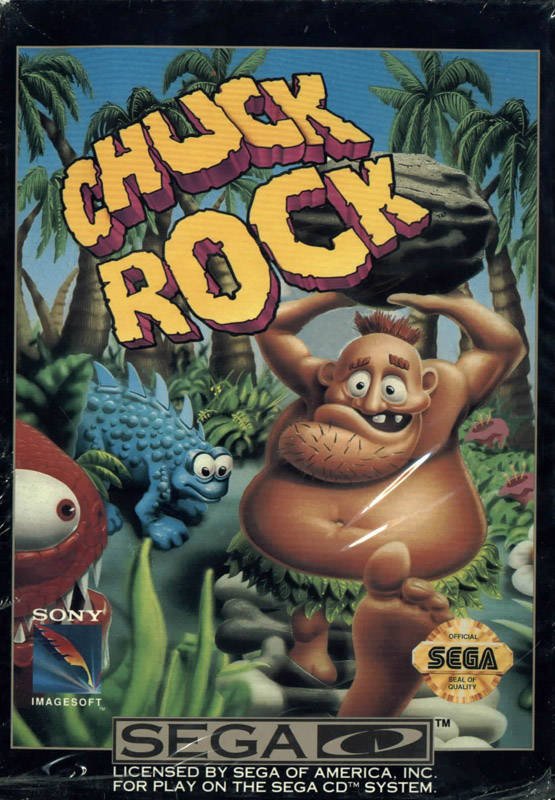 By Tanuki78 : Wednesday at 09:27 AM
Chuck's mad and he's not going to take it anymore! That pebble-chewing, low-life-excuse-for-a-caveman Gary Gritter made off with his wife Ophelia. Now Chuck's gotta use his oversized bod to win her back. In this high-powered adventure for the Sega CD, Chuck belly-butts, odor-kicks and rock-tosses his way through an ice age, up a volcano and into a swamp. On the way, he'll run into some pretty strange characters, like the green triceratops, the wild and wooly mammoth who's very possessive about his territory, and the fat blue sea monster who'd like to make Chuck his bedtime snack. All this plus onrushing dinosaurs, acidic bubbles and boogie men! Has Chuck got his work cut out for him or what? Join Chuck in this hilarious adventure featuring 28 levels, five prehistoric worlds, incredible graphics, rock music and out-of-this-world animation!