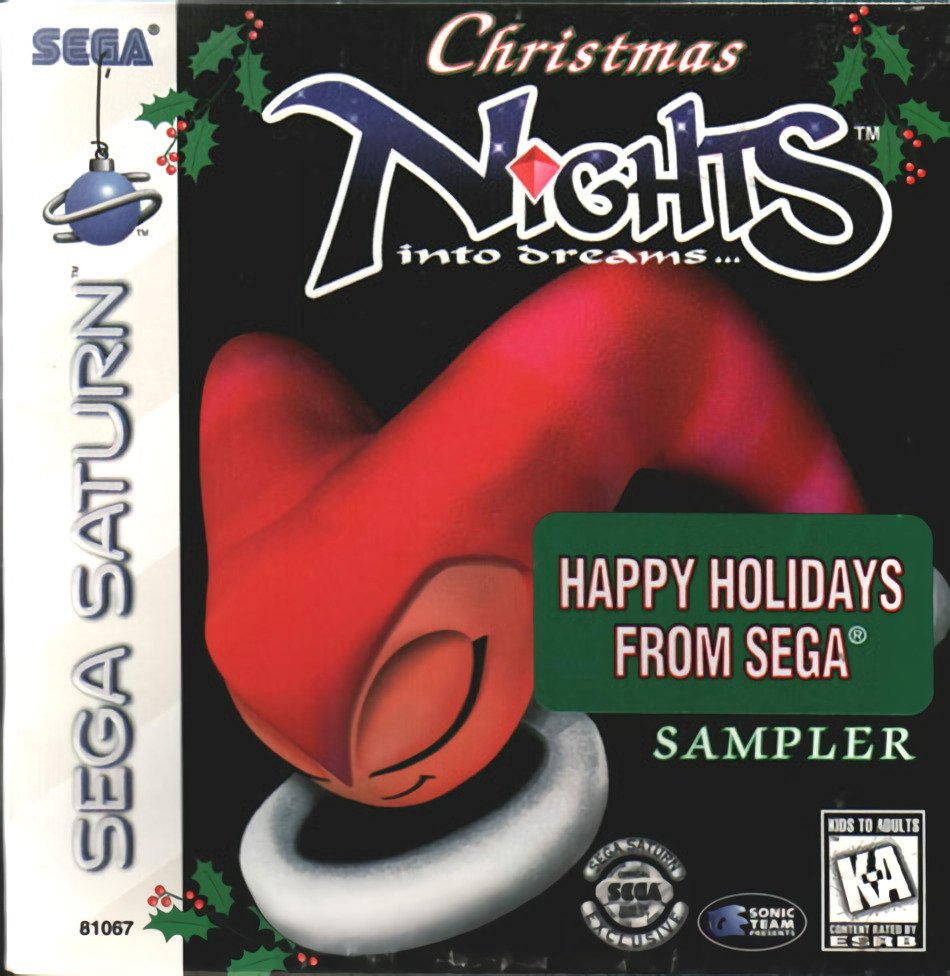 Christmas NiGHTS into Dreams...'s title screen, level backgrounds and even character models change according to the current season. Play it throughout an entire year and experience not only Christmas NiGHTS, but also Winter NiGHTS, New Year NiGHTS and NiGHTS: Limited Edition. Santa will appear on his sleigh on Christmas Day, and Reala will make a guest appearance on April Fool's Day, to mention only a few of its little cameos.

The gameplay is identical to that of NiGHTS into Dreams..., but it arguably has more longevity due to the Presents Box. The box contains unlockable artwork, promotional movies, Time Attack and Link Attack modes, Sonic as a playable character in the game, and more!